Visa to ditch signatures for cards 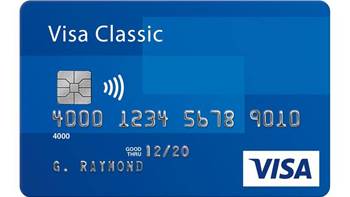 As biometrics trial gets underway.

Visa will start a small-scale trial of payment cards with built-in fingerprint scanners this year after setting April as the date it will eliminate the need for signatures with EMV chip or contactless payments.

Visa joins American Express, Discover, and MasterCard to phase out signatures, making them optional for all EMV contact or contactless chip-enabled merchants in North America from this April.

The card companies are dropping the requirement for signatures for "convenience" and "increased security", and in acknowledgement of the growth of biometric authentication.

Visa separately said it would start piloting fingerprint recognition as an alternative to PIN or signatures.

The aim is to assess if fingerprints can act as a secure, fast and convenient replacement for the authentication of transactions on a Visa card, the company said.

Two financial institutions, Bank of Cyprus and Mountain America Credit Union, will take part in the trial. The number of customers to be issued with the fingerprint-enabled cards was not revealed.

Visa will not supply the technology for the fingerprint authentication: Bank of Cyprus will use Gemalto's biometrics solution, and Mountain America Credit Union will use technology from Fingerprint Cards and Kona-I.

"When a cardholder places their finger on the sensor, a comparison is performed between the fingerprint and the previously enrolled fingerprint template securely stored in the card in order to authenticate the transaction," Visa said.

"Green and red lights are integrated into the card to indicate a successful or unsuccessful match."

Visa's trial follows earlier work by rival MasterCard, which has been trialling fingerprint sensors on cards since 2014.