Visa opens up to developers 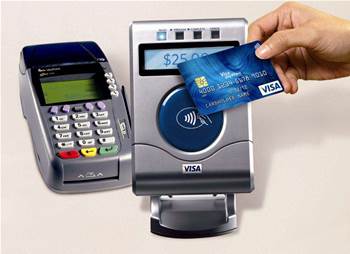 Visa is betting on an open platform approach for payments and ecommerce, debuting a developer program that allows coders to access the credit and debit card processor's services in their apps.

The Visa developer platform has been in trial with partners such as NAB, Scotia Bank, Emirates NBD, Capital One and TD Bank over the past few months, and has now become more widely available.

The company is also gunning for the worldwide funds transfer market with Visa Direct, which allows payments to be pushed to cards. Available for developers, Visa Direct can be used for peer to peer payments, card top ups, fund disbursements and credit card bills.

Hundreds of APIs are now available for developers in areas such as payments, general services, risk & fraud, and micro-transactions trials in sandbox, along with software development kits.

Sample code for API calls in different languages such as Python, Ruby, PHP, Node.JS, Java and C# have been published by Visa at the Github open source code repository.

Test data is available, as is a testing sandbox for developers to try out their apps.

Visa is aiming to lure developers for smartphone and mobile device apps onboard its worldwide payments network in order to stave off competing solutions.

The company said it is active in over 200 countries and its network can handle more than 65,000 messages a second.