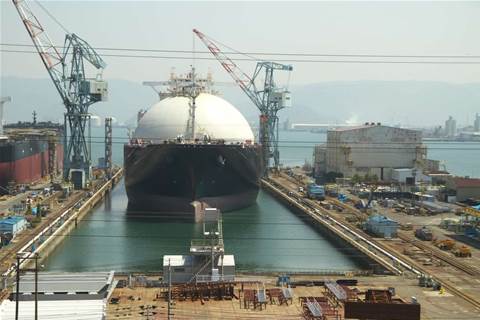 RasGas stated last week that it had identified the virus on Monday.

"Operational systems both onsite and offshore are secure and this does not affect production at the Ras Laffan Industrial City plant or scheduled cargoes," the company stated.

RasGas and Saudi Aramco have yet to name the malware that's infected them. However, researchers are examining whether data-wiping virus Shamoon was the culprit at Saudi Aramco.

Aviv Raff, CTO at Israeli security firm Seculert, which published a blog post analyzing Shamoon, said he was aware of Shamoon targeting “several specific companies in a few industries", although he could not name them, citing a non-disclosure agreement.

“Targeted attacks are commonly used against companies in the same vertical,” he said.

“So an attack against another company in the oil-and-energy industry isn't surprising. If it is indeed the same attack, I believe they are probably using this to cover their tracks of the actual intended action against RasGas.”

RasGas, short for Ras Laffan Liquefied Natural Gas Company, was established in 2001 and is a joint venture between LNG producer Qatar Petroleum, which owns 70 percent of RasGas, and Exxon Mobil, which maintains a 30-percent share. Qatar is the world's largest LNG exporter.

Got a news tip for our journalists? Share it with us anonymously here.
Copyright © SC Magazine, US edition
Tags:
lng malware miningit rasgas security