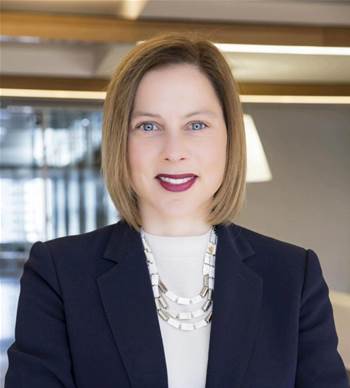 Moves on after two years.

The chief information officer in charge of Virgin Australia’s loyalty scheme has made the jump to the NSW government’s nominal insurer after almost two years.

Caroline Rockett, who has been with Velocity Frequent Flyer since September 2018, joined icare NSW this week as its new digital and technology group executive.

She assumes the responsibility from chief operating officer Rob Craig, who has been acting in the role.

“We're pleased to welcome Caroline Rockett to icare as our new group executive digital and technology,” icare NSW said on LinkedIn on Monday.

“Caroline brings extensive expertise as a chief information officer and will drive forward icare's digitisation which remains critical to the ongoing support of our customers.”

Rockett’s departure from Velocity comes as Virgin Australia continues to reel from the international and domestic travel restriction imposed to limit the spread of coronavirus.

The airline stood down 80 percent of its 1000 employees as the pandemic took hold in March before entering voluntary administration in April.

While the Velocity points program was briefly suspended, it has not been placed into administration, as it is a separate entity wholly owned by Virgin Australia.

Prior to joining Velocity, Rockett was a general manager at life insurer TAL, where she was responsible for the design, development and implementation of IT solutions.

She also previously worked at Optus and Wesfarmers Insurance during her more than 25 year career.

In a LinkedIn post, Rockett said she was “extremely pleased to be joining icare and I am looking forward to taking the technology and digital strategies forward for the business”.

“Thank you for all the support and well wishes.”