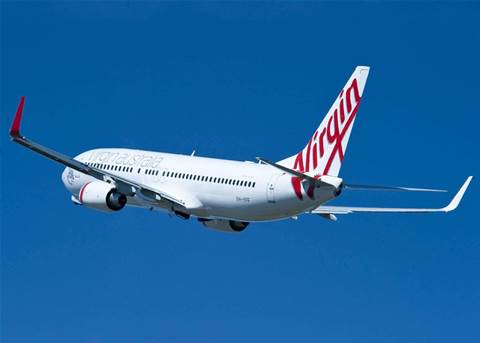 Torque Data was established in 2001 and has offices across Sydney, Brisbane, Melbourne and Singapore. It employs around 20 staff, who will all be retained in the acquisition.

The firm provides predictive analytics, data visualisation and campaign automation to a number of clients including ANZ Bank, Allianz, Facebook, eBay, Samsung and, prior to the takeover, Virgin Airlines.

Virgin will integrate the company into its Velocity frequent flyer business in an effort to expand its data analytics and campaign automation capabilities. It declined to provide the terms of the acquisition.

The airline has previously spoken of its goal to grow the Velocity member base to 7 million over three years. It currently has around 5 million members, compared to Qantas' 10.7 million frequent flyer customers.

“The acquisition also provides another revenue diversification opportunity for Velocity and the group, as it will enable the business to offer data analytics, campaign automation and consultancy services to third parties,” Virgin Australia CEO John Borghetti said in a statement.

Virgin Australia surprised the market in August last year by selling off a 35 percent stake in its Velocity program to private equity group Affinity, hoping the deal would accelerate the business' growth.

The sell-off valued Velocity at $960 million. Rival Qantas' frequent flyer program is valued at around $3 billion.

“If it was a business that was matured, my view might be different,” Borghetti said at the time.

The announcement followed the airline's reporting of a $211.7 million full-year underlying loss, and came just one week after Qantas revealed its own loyalty program had been the star performer in its financial results.

Early last month Qantas's Red Planet data analytics business embarked on an effort to sign up 100,000 of the airline's frequent flyer members to a program that would offer points in exchange for data on consumer habits, which would be sold on as market intelligence to third parties.

Red Planet was spun out as a separate business within Qantas last year, centralising the data analytics capabilities Qantas had developed as a result of its frequent flyer program, and offering services to external clients.