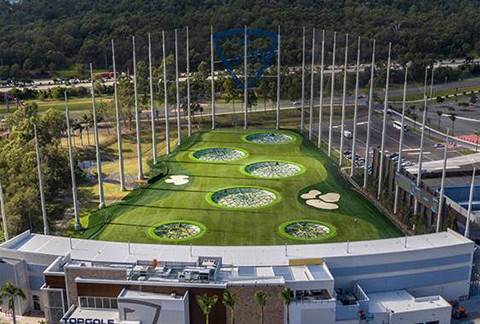 Stood up SAP system in three weeks before opening.

Village Roadshow stood up a real-time analytics system in the weeks prior to opening its first Topgolf driving range on the Gold Coast last year after encountering “localisation” problems with the system run by Topgolf’s US operations.

The ASX-listed entertainment company acquired exclusive rights in 2016 to bring Topgolf to Australia. It then spent $35 million on the first facility, located adjacent to the Gold Coast theme parks.

Topgolf gamifies the driving range. Golfers hit microchipped golf balls at targets in a “190m outfield” and score points based on accuracy and distance, with the scores displayed to players in real-time.

Village Roadshow has not explained exactly what led to the last-minute move to build its own analytics system specific to Australia.

It has only said that “due to localisation, a different BI/analytics solution was required compared to the US software.”

The analytics system is used for management and operational reporting, taking and consolidating data from “point of sale, gaming, labour, management, and customer experience” systems to understand how the business is performing.

“What we can say is we had a challenge,” Village Roadshow’s business intelligence and analytics manager Michael Dayaseela told SAP’s Sapphire 2019 conference in Orlando.

“It’s a $35m investment so we wanted to launch the park and we realised three weeks before we had to have an analytics solution.

“Why we had to, I cannot say for various reasons, but within three weeks we had to come up with a solution … to meet our local Australian needs.”

Whatever the core problem was, it was deemed sufficiently serious to threaten the on-time opening of the venue.

Village Roadshow said losses could have run to $77,000 a day “if the go-live was affected due to having no BI/analytics solution” in place.

The analytics system powers real-time reporting of point-of-sale revenue, as well as “detailed labour, spend, and cost-of-goods-sold analytical tools” that were aimed at improving Topgolf’s margins.

There was also a substantial customer experience element; Village Roadshow analyses numbers and surveys customers about their experiences, allowing it to react quickly in the event that a visit proved an unhappy one.

“When they finish a game we immediately collect customer feedback data, analyse it in near real-time, and send that back to each of the key functions,” Village Roadshow said in a slide deck. [pdf]

“The kitchen gets feedback on the food for example, and if customer had a problem with service or wait times at the park we can immediately issue a voucher for a free game next time they visit.”

Dayaseela said that understanding customer sentiment in near real-time was critical to Topgolf, given it is but one of a range of leisure choices available in the market.

“One of the challenges in the digital age is you have so many options for enjoyment, so for us to get the customers to leave their houses we had to come up with a very good and unique experience,” he said.

“So we work very hard to understand the customer experience and to provide better customer service.”

Analytics is also used to understand Topgolf’s costs. Village Roadshow said in the slide deck that labour “is the highest cost line item in the P&L so any impact we can make on reducing labour cost has a huge impact.”

“We are able to see where we are spending in every function, from the kitchen to the front office, and wherever we can see the labour costs and trends we can optimise [them],” the company said.

“Changes can be implemented in weeks.”

It is using SAP HANA on Lenovo hardware for in-memory processing of data extracted from its five non-SAP source systems, SAP Analytics Cloud for dashboard reporting, BusinessObjects Web Intelligence to broadcast other reports, and SAP Data Services for data extraction - among other SAP tools.

Standing up the system in weeks had challenged conventional thinking on what was possible with SAP, Dayaseela said.

“Sometimes with SAP, you think it takes months or years to deploy a project, but there are new tools with SAP that enables you to rapidly make new things,” he said.

“We saw that definitely by trying to do this in a very short time.”

The project won the company an SAP Innovation Award.

The main payoff of the project for Village Roadshow is that the first Topgolf Australia venue opened on time.

Dayaseela also said that analytics had enabled the company to cut its labour costs by 15 percent “within the first six months, which is significant”.

Village Roadshow said in its slide deck that this was done “without impacting the guest experience”.

The company also said it had achieved growth in its net promoter score (NPS) - often used by customer-facing organisations such as banks and telcos to gauge sentiment towards their offerings - though did not reveal the actual number.

Village Roadshow had planned to build an additional seven Topgolf venues. However, the Australian Financial Review reported back in January that the expansion was put on hold pending more proof of the first location's revenue potential.

Ry Crozier attended SAP’s SAPPHIRE 2019 conference in Orlando as a guest of SAP.