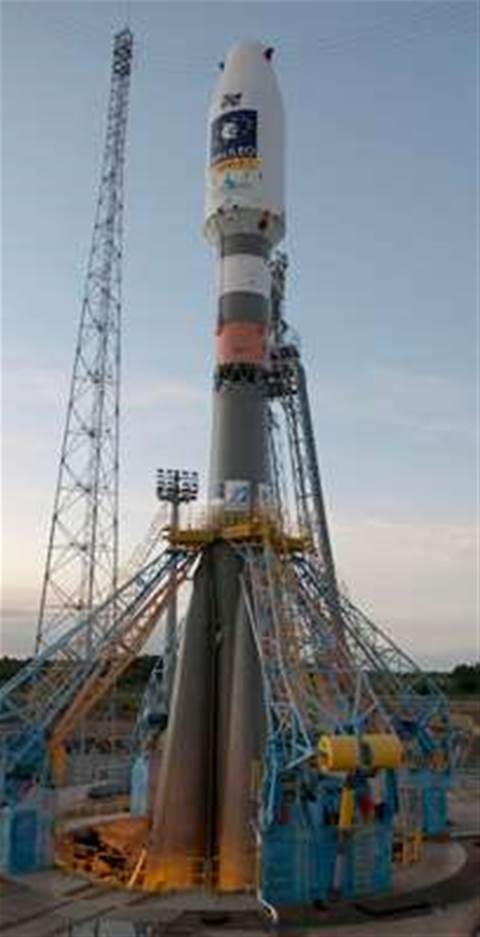 Google-backed O3b Networks has successfully launched its first four medium-orbit (MEO) satellites, the first of a network of sixteen which will deliver high-speed broadband with low latency, a traditional Achilles heel of higher-flying transponders.

Originally scheduled for launch on May 29, the O3b Constellation satellites were sent into orbit yesterday from Arianespace's Kourou spaceport in French Guyana, carried by a Russian Soyuz-STB rocket.

The Soyuz FREGAT rocket taking off from Korou.

With a coverage area spanning a belt between the 45th northern and southern latitudes, O3b Networks hopes to reach wholesale customers in remote areas in several continents. Australia will have two terrestrial gateways, one in Dubbo and another in Perth.

The satellites are thought to be the first MEOs used for broadband delivery. Earlier MEO satellites have been used mainly for navigation and low-speed communications. 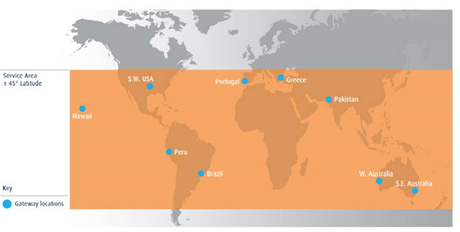 In March this year, O3b's vice president of marketing Vicki Warker told iTnews the satellites, which orbit at 8062 kilometres above the Earth, have ten 216MHz bandwidth beams per region.

Seven regions are served for a total of seventy Ka-band beams. Each beam can provide 600Mbps downstream and upstream, depending on configuration, with a total of 1.2Gbps.

Each eight-satellite constellation has an aggregate bandwidth of 84Gbps, according to O3b Networks.

Apart from the high bandwidth, the low orbit means roundtrip times or delay for data packets will be a relatively low 150 milliseconds, increasing responsiveness for web services and cloud applications among other things.

In comparison, geo-stationary satellites like those built for the NBN orbit far higher and have roundtrip latency of 500 milliseconds or higher. O3b Network's satellites won't be part of the NBN offering however, the company's sales director for the Pacific told iTnews.

Depending on location, wholesale customers will need dishes 1.8 to 4.5 metres in size. The terminals are expected to cost betweem US$19,000 to $35,000 for the smaller ones, and up to US$1.2 million for the large variants.

O3b Networks did not comment on whether the delayed launch would push back the original August date of operation by the time of publication.