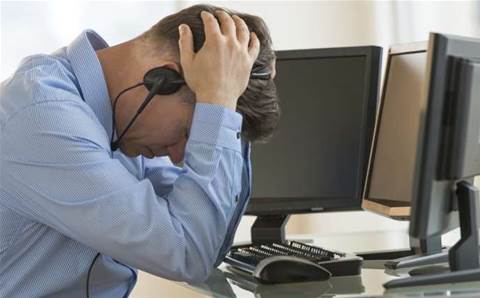 Agency admits it was “out of its depth” during abandoned project.

The Victorian government has been forced to write off $60 million on the failed implementation of its fines enforcement system after the vendor walked away from the project.

The IT failure has left Victoria unable to give effect to new laws passed in 2014 that were designed to help the Department of Justice and Regulation bundle debtors together to chase overdue fines for various offences. The reforms were due to take effect in June this year, but have now been delayed indefinitely.

This means the state will continue to struggle with ineffective legacy technology backing its infringement management, which the Victorian Ombudsman has previously estimated is costing the government $110 million a year in missed revenue.

The revelations come out of a scathing review of public sector IT projects handed down by acting auditor-general Peter Frost today [pdf].

The report confirms the Department of Justice and Regulation was forced to dump its infringement management and enforcement system (IMES) project in March 2015 after the vendor, Tenix Solutions, walked away.

The department admitted to the auditor that it was “out of its depth” when planning for the IMES build and “far from being an informed buyer” when it engaged Tenix to do the work.

The IMES business case was essentially an exercise in ticking-off procurement formalities, the auditor said.

Tenix won the IMES deal in 2007 after submitting a bid “significantly lower” than the competing tender. The project team recommended the bid be accepted without investigating whether or not the system could actually be built for the estimated sum.

In effect, Tenix was then given free rein to specify the solution functionality after the contract was signed, while the steering committee admitted to “not really knowing what the resulting system would be like”, according to the audit report.

Tenix had already returned to the agency for time extensions and more funds within six months, as it grappled with the full complexity of what it needed to accomplish. Over the subsequent years, the audit revealed, it missed a number of deadlines and had to secure several contract revisions.

An independent audit commissioned by the department in September 2014 to assess whether Tenix was in any position to complete the project revealed the vendor had already begun scaling back its IMES team in preparation to cease work on the build.

“According to DJR documentation, the vendor decided that it was not in its financial interest to complete the project. Given this, DJR had little choice but to recommend the cancellation of the project,” the audit report said.

Tenix declined to comment to iTnews on the matter.

The two parties reached a legal settlement over the terminated contract in March 2015, but the department said its vendor payments still amounted to $24 million. The rest of the wasted $60 million went towards internal project delivery costs.

The saga has left the government out of pocket and struggling with a legacy infringements management system that could fall over at any time, the report warned.

The modest functionality that did make it into production in the project’s eight years is expected to deliver benefits worth just $350,000 a year.

Symptoms of a deeper illness

The IMES failure joined five other Victorian IT projects in the audit report which were all over budget and in most cases over time.

“Unfortunately, the Victorian public sector does not have a good track record of successfully completing ICT projects,” Frost wrote.

The other projects targeted include:

The damning findings come as the state’s corruption watchdog picks over the pieces of the Department of Education’s dumped Ultranet scheme, which has been shrouded in claims of corruption and self-serving leadership.

It suggests that the state still has not repaired the project governance flaws that led the Victorian Ombudsman to reveal its top ten most valuable IT projects were running a combined $1.4 billion over budget in November 2011.