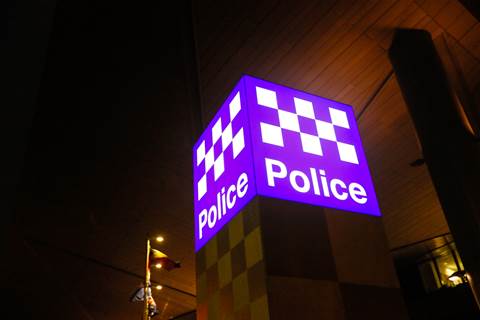 With flood of calls.

A Victorian man has been sentenced over a denial of service (DoS) attack on the phone systems of multiple police stations and other hacking and financial phishing offences.

The 30-year-old man from Bendigo was convicted at Melbourne’s County Court on Thursday and released on a good behaviour bond, having already served 307 days behind bars.

The DoS attacks against the phone systems of Victoria Police stations took place over five days in October 2018, with a large amount of cold calls preventing officers from making or receiving calls.

Around 10,984 calls were diverted to stations over the four days, the Australian Federal Police said in a statement.

The man was arrested by the AFP at his home in June 2019 following a joint operation with Victoria Police. He was arrested alongside another man.

As part of the investigation, police also found the first man “devised a computer system which enticed people to respond to a text message requesting a call back immediately as they needed help”.

The system “played pre-recorded abuse and threats to people replying to the call”, and in some cases incited victims and other unsuspecting people responding to the text to abuse each other.

“People responding to the text were bridged together and further pre-recorded abusive messages were played causing members of the public to abuse and threaten one another,” the AFP said.

The Bendigo man was charged with one count of causing an unauthorised impairment of electronic communications and one count of using a carriage service to menace, harass or cause offence.

The man is also said to have conducted “various hacking and financial phishing offences to facilitate large-scale fraudulent purchases” between November 2017 and June 2019.

For this, he was charged with a further six offences, including five counts of obtaining property by deception and two counts of dishonestly dealing in personal financial information.

AFP Southern Command acting commander of investigations Raegan Stewart said the success of the investigation was down to the close collaboration with Victoria Police.

“It is pure luck that this man’s offending didn’t result in fatal consequences by impacting Victoria Police telecommunications infrastructure,” he said.