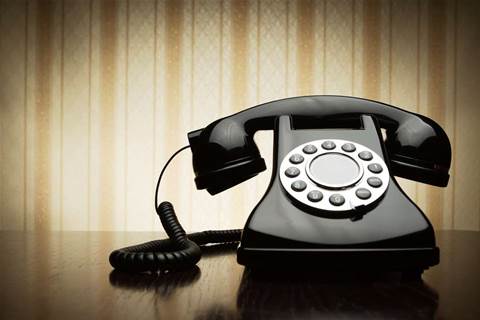 Callers responding to texts for help were played abusive recording.

A joint operation between Victorian and Australian Federal Police has resulted in the arrest for allegedly organising and participating in a large-scale denial of service attack on police phone systems in October last year.

A 27 and a 28 year old man were taking into custody during search raids at three Bendigo premises on Saturday.

While the 27 year old was granted bail on charges of possessing an unregistered firearm, the 28 year old was remanded in custody and will appear before the Bendigo Magistrates Court on Monday.

These included large amount of cold calls being made, the police allege.

The intention was to tie-up police phone lines for incoming and outgoing calls, it will be alleged.

Detective acting inspector Greg Lee of the Victoria Police e-crime squad said a number of police stations were affected by the denial of service attacks.

Neither police force provided detail on how many phone lines were affected by the attacks, or what the motive for them were.

When people called the number for the text messages, a recorded message played back with verbal abuse causing fear, distress and anxiety, Goldsmid said.

The 28 year old has been charged with multiple offences carrying severe penalties of up to 25 years in prison.

Police have charged the man with sabotage, unauthorised access to data held in a computer, using a carriage serve to make a threat to cause serious harm and to menace, harass or cause offence.

He also faces a charge of dishonestly obtaining or deal with personal financial information.