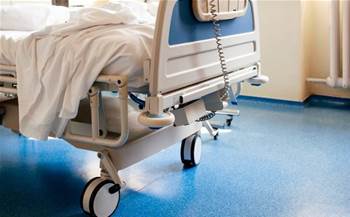 Regional Victorian hospitals and health services hit by a ransomware attack last week are slowly restoring their IT systems after a forced shutdown was required to isolate the infection.

But many systems, including internet and email, remain offline following the cyber security incident, with some systems expected to remain that way until at least early next week.

As mop up efforts continue across the Gippsland Health Alliance and South West Alliance of Rural Health (SWARH), manual workaround are still being used for systems still yet to be restored.

The attack, which occurred on September 30, blocked access to several major systems across hospitals and health services, including financial management, after being infiltrated.

It forced the consortiums to detach a number of systems connected to the internet, including some patient record, booking and management systems, to “quarantine the infection”.

While hospitals and health services impacted by the attack are working with state and federal cyber specialists to urgently restore systems, particularly critical systems, most are still without access to the internet or email.

South West Healthcare said in an update on Wednesday that it was rebuilding “impacted IT system and services”, with other workaround systems developed to all for wage and invoice processing.

“It will continue to be challenging until we restore all computer functions across SWH - which will occur over time and once we have confidence no risks remain,” CEO Craig Foster said.

Barwon Health is another health service within SWARH that is progressively restoring IT systems after the cyber incident.

It was one of four entities identified as being vulnerable to attack earlier this year after Victoria’s auditor-general was able to exploit weaknesses and access patient data.

“Our IT teams has worked around the clock to restore our systems and so far has been able to safely bring back or partly restore almost half of our clinical applications,” the health service said late on Wednesday.

Bass Coast Health said late on Thursday that “great progress in returning our IT system back to full capacity” had been made, with “full restoration ... just days away”.

A spokesperson for the Department of Premier and Cabinet told iTnews that there has been “around the clock effort to restore the impacted health service systems”.

“We want to again thank patients for their understanding as we work to resolve this incident, and our hard-working nurses, doctors and other hospital staff for their efforts to manage the issue,” the spokesperson said.

While the investigations are ongoing the Australian Cyber Security Centre and Victoria and Federal Police, there remains no evidence to suggest patient data was accessed.