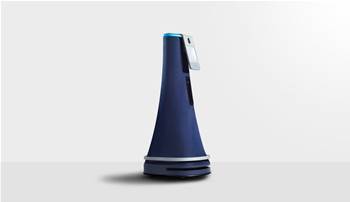 The Victorian government will trial the use of roving autonomous security robots in its hotel quarantine program in the wake of several infection control breaches over the past eight months.

The agency leading the state’s quarantine program, Covid-19 Quarantine Victoria (CQV), will undertake the pilot in the coming weeks to strengthen CCTV surveillance in the hotels.

Fitted with a 360 degree camera and a selection of thermal, depth and ultrasonic sensors, the robot will augment existing arrangements by conducting roving patrols.

The robot will be supplied by Victorian-based security company Monjon, which first approached the government last year.

“We presented in September last year, and more recently they’ve come back to us on the basis that the CCTV that they hadn’t put in… they’re now looking at again,” CEO Bryan Goudsblum told 3AW.

Goudsblum said the robots were previously used in last year’s US Open as part of hotel quarantine arrangements for the tennis championships.

“Monjon actually put a couple of robots into the US Open in September last year… for the players and the administration staff,” he said.

“It checked a number of things: wearing PPE, wearing the appropriate badging … [and] trips and falls hazards.”

The robot trial is one of several options being considered by CQV to boost CCTV surveillance.

“We are currently considering options to install additional CCTV cameras at quarantine hotels to strengthen the present coverage,” a spokesperson told iTnews.

“CCTV is an important tool for checking resident compliance and wellbeing, but it will not replace the role currently provided by CQV residential support officers in monitoring floors.