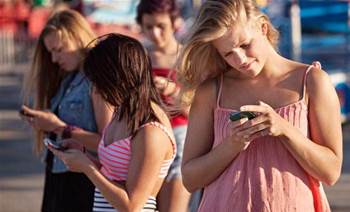 Public Transport Victoria is set to release long-awaited real-time arrival APIs for the state’s buses and trams by March 2015, meaning Victorian commuters should soon be able to rely on GPS-based arrival information rather than a static timetable.

The transport authority is planning to hand over the information to developers via a series of ‘hackathon’ events in Melbourne promoting the data release. It has set itself a target of fostering at least three new or “significantly improved” digital products before 31 May.

The data looks likely to be formally made available at a major launch event in March 2015.

“In addition to this, a real time tram API from tramTRACKER will also be included in the major launch event,” it said in tender documents.

PTV has already moved to release its static timetable API via the DataVic portal, which it says has been met with “unprecedented demand” in terms of downloads.

A spokesman for PTV declined to confirm the March release date, but told iTnews PTV was "in the process of expanding the data it releases to include real-time bus, tram and disruption data as part of this API in 2015”.

“PTV is seeking to undertake an event with the developer community to drive innovation and accelerate the development of applications using the enhanced dataset that will be made available by PTV through DataVic,” he said.

The major launch is set to be followed by a ‘tech jam’ in March 2015. Ongoing ‘meet ups’ to enable further collaboration are planned for April.

The move will see Melbourne commuters catch up with their counterparts in Sydney, soon-to-be Perth and some parts of Brisbane. Yarra Trams, Melbourne’s third party tram operator, has offered customers real-time arrival estimates via a phone app for several years.

The release of the API has been delayed by an aborted GPS equipment rollout and subsequent upgrade across Victoria’s metropolitan bus fleet.

Late in 2013 PTV decided that the technology being rolled out across the bus services was already too old and began to decommission the installed Sigtec equipment.

In March it awarded a new contract to Smartrak to start again with a newer system.