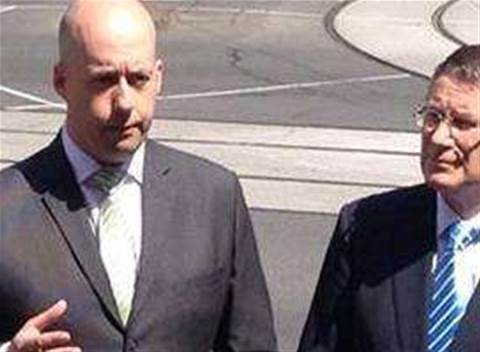 The Victorian government today committed $9.5 million over four years to have all of its agencies linked up via a single government-wide network.

Technology Minister Gordon Rich-Phillips said the funds would kick off the first stage of the state’s ‘VicConnect’ telecommunications and network overhaul.

Under the guidance of a private sector ‘VicConnect manager’ - a partner organisation contracted to support the new architecture -  the single network will link up all of the data centre and server facilities currently operated by the state’s agencies to effectively establish a whole-of-government cloud.

Third party co-located facilities will eventually be invited to directly connect into the government network to supply to agencies from within their own security envelope.

“VicConnect will create a marketplace for technology services by providing access for multiple suppliers to government ICT spending," Rich-Phillips said in a statement.

“This will increase the choice of services available to departments, increase competition between suppliers and drive innovation and better value for money outcomes for government."

It is understood that the bulk of the $9.5 million will go towards securing the services of a VicConnect support firm to help design the new network and to run an operations and security centre supporting the architecture.

The Department of State Development, Business and Innovation called for expressions of interest in taking on the VicConnect support duties in March. A formal request for proposals will be sent to shortlisted bidders later this year.

The VicConnect program also includes the rethinking of a $461 bundle of telecommunications contracts known as the Telecommunications Purchasing and Management Strategy (TPAMS), which have been in place for more than 10 years.

“TPAMS was established over ten years ago. Since then, the telecommunications and broader ICT industry has changed dramatically, as has the size and nature of government demand for ICT,” Rich-Phillips said today.

The re-contesting of voice and data carriage deals, currently held by Telstra and Optus, will follow at a later date.

The NSW government is currently pursuing a similar strategy, inviting vendors to set up operations within either of its two purpose-built data centres in Silverwater and Unanderra to supply directly to agencies from within their own security envelope.