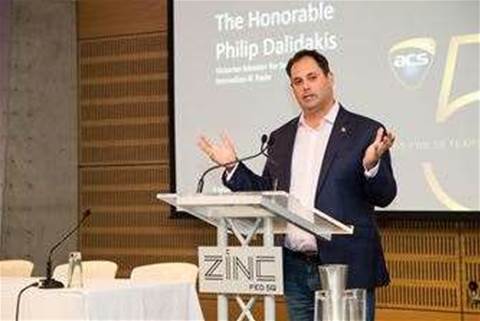 The Victorian government has joined the Australian Digital Currency and Commerce Association (ADCCA) in order to explore the impact and application of blockchain across the state economy.

Victoria's minister for small business, innovation and trade, Philip Dalidakis, said the government would look at blockchain beyond areas such as financial services, health and food sectors.

Blockchain is a distributed ledger of transactions derived from the crypto-currency Bitcoin, and has no central authority, with trust being delegated among participants in the chain of transactions.

"Through the ADCCA we are connecting Victoria's fintech startups and entrepreneurs to the Global Blockchain Forum, a platform that facilitates collaboration between the world's leading digital currency and commerce associations - the United States, United Kingdom and Singapore,"  Dalidakis said.

"This will give our fintech startups and entrepreneurs the best possible chance of succeeding."

The digital ledger technology is being trialled by financial institutions and other organisations worldwide, which hope to take advantage of efficiencies and cost-savings for transactions along with greater transparency.

However, blockchain is still seen as being in its very early stages of its development.

Disagreement as to the future direction of the technology among large finance sector players has caused rifts in the high-profile R3 blockchain consortium, with National Australia Bank joining global giants JPMorgan, Banco Santander, Goldman Sachs and Morgan Stanley in an exodus from the organisation.