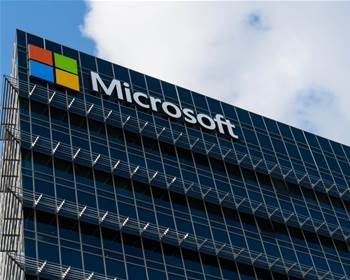 The Victorian government will be investing $200,000 to launch its version of the Microsoft Traineeship program, following the successive takeup of the initiative in other states since last year.

Minister for Jobs, Innovation and Trade, Martin Pakula, on Wednesday announced the government would be supporting the program in a bid to entice people enter into IT professions.

The program involves paid work experience at some of Australia’s largest organisations, coupled with the delivery of a Certificate IV in Information Technology, with the government’s investment going towards the tuition fees and the employing organisation to reduce the barriers to entry for trainees.

Melbourne-based companies already set to participate in the program include Coles, Datacom, Data#3, Veritec, oobe, Modex, MEGT, Blue Connections, Advance Computing, and IT and Beyond.

The course is designed to bridge the skills gap by enticing a diverse cross section of people into IT roles - including school leavers, and people seeking to change careers who might not have any IT background.

The program also has a diversity component, with Indigiengous people, people living with a disability, and women returning to the workforce after starting families urged to apply.

“Through this program, we are investing in the next generation of IT professionals, ensuring they have the skills and real-world experience to forge ahead in their careers,” Pakula said.

Microsoft Traineeship Programs are already being run in the ACT, Sydney, and South Australia.

Microsoft Australia managing director Steven Worrall said that the support from the government and partner organisations will help create a new source of job-ready IT talent to meet sustained high demand.

“By working with strategic delivery partners RMIT, Prodigy Learning and MEGT – as well as a network of partner and customer organisations in Victoria – we aim to create a new pipeline of exceptional IT talent,” he said.

The Australian Computer Society predicts the nation will see a shortfall of 100,000 IT workers by 2024.