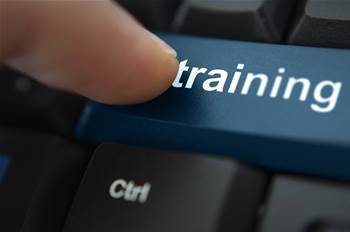 Microsoft has teamed up with the South Australian government to extend its traineeship program into the state to create a fresh pipeline of tech talent needed to fuel the local IT industry.

The Microsoft Traineeship Program was initially launched in New South Wales late last year, with the first intake of trainees being brought into the TAFE NSW-sponsored program in February.

Both aspiring trainees and businesses of any size are currently being sought to partake in the program, with the likes of Datacom, DXC Technology, HCL and Compnow already signed on for the SA version.

DXC is also involved in the Sydney and Canberra versions, along with ANZ, KPMG, and Dicker Data.

Paid work will be organised through MEGT, a training and recruitment company specialising in apprenticeships, placing trainees with host businesses in the Microsoft Partner Network across metro and regional SA.

“It’s critical for our state’s future economic success that our workforce is suitably skilled to meet industry needs - particularly at a time of unprecedented opportunity in sectors such as space, cyber security and defence,” Pisoni added.

He said the statewide program should help cater for the increased demand in higher skill level, encouraging longer-term use of the program as a career pathway.

It falls under the larger Skilling South Australia Initiative, which seeks to create over 20,000 new apprenticeships and traineeships over a four-year period in partnership with the federal government.

“It’s among more than 60 Skilling South Australia projects, worth more than $11 million, that have been funded by Government and co-designed with business and industry,” Pisoni said.

Microsoft Australia MD, Steven Worrall, said the program should also help alleviate the tech skills shortage, which is predicted to come to a crunch by 2023 in the state.

“By working with strategic delivery partners TAFE SA, Prodigy Learning and MEGT, as well as a network of Microsoft partner businesses in South Australia, we aim to create a new pipeline of exceptional IT talent and create exciting career opportunities for South Australians,” Worrall said.