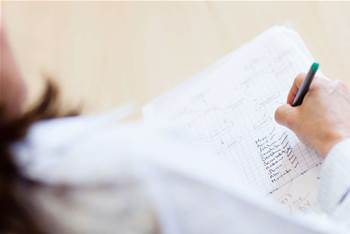 Linked gallery: Photos: Transport ticketing innovations from around the world

Incumbent in the running to win ten more years.

The agency started accepting applications from interest parties in March ahead of the expiry of its current four-year contract with NTT Data at the end of next year.

The system was developed by Kamco under a ten-year deal that was initially worth $944 million, but the cost later blew out to $1.5 billion and was delayed by three years. NTT Data bought out Kamco in 2010.

Following the massive cost blowouts and delays, PTV emphasised that this time around it was looking for maximum value for money.

It today revealed NTT Data was among three shortlisted to win the business for the next six years, with the potential for a further four year extension.

Accenture and Cubic Transportation Systems were the other two providers named as those eligible to progress to a request for tender later this year. Cubic was awarded the contract for NSW's Opal ticketing platform.

A contract for Myki is scheduled to be awarded mid next year, with the provider to start work at the beginning of 2017 after the current contract expires in December 2016 - a tight timeframe that has the state's auditor-general worried.

“The expression of interest process has provided PTV an opportunity to access the best
expertise in the market,” PTV CEO Mark Wild said.

“Through the competitive tender process we’ve shortlisted bidders who we believe have the necessary experience, expertise, capabilities and resources to both run the system and address current and emerging challenges.

“While our main focus is the continuity of ticketing services, the chosen vendor must have the capability to identify and map pathways to deliver future technologies that support service improvements.”

Myki processes more than 1 million transactions per day and as at mid last year had 9.9 million cards in circulation. It contributed $800 million in public transport fares in 2013-14 across its network.

The Myki system is based on open architecture and predominantly commercial off-the-shelf applications. The smartcard itself is a Mifare DESFire 4KB contactless smartcard.

At risk of repeating past mistakes

Public Transport Victoria is continuing its tender process despite warnings from the state auditor that the agency risked repeating the same governance and planning issues that compromised the original business case.

In his office's review [pdf] of the operational effectiveness of the $1.5 billion Myki ticketing system, auditor John Doyle last week said while PTV had improved oversight of its contractor agreements, the retender was not up to scratch.

He said PTV still lacked a complete or reliable picture of Myki's operational performance - due to inadequate monitoring - and had not clearly defined the benefits and outcomes it was after.

It had also still not assessed whether Myki had achieved any of its expected benefits, he said.

PTV paid out $1.4 million in performance incentives to NTT Data between April 2013 and December 2014 despite insufficiently monitoring the company's performance, Doyle revealed.

"Current measures in the contract's new performance regime do not address all key aspects of performance, there is no framework for assessing myki's overall effectiveness, efficiency and benefits, [and] PTV does not adequately assure the reliability of results, reported by the contractor, that underpin incentive payments," Doyle wrote.

"... there is a significant risk that the tender outcome will not be finalised before the current contractual term expires [in December 2016]," he wrote.

"If this occurs, it may seriously worsen the state's negotiating position and expose it to significant additional costs."