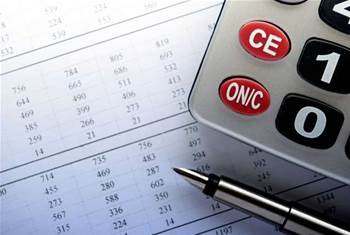 Legacy finance system set to get the boot.

Victoria’s Department of Health and Human Services (DHHS) will dump its legacy Oracle corporate financial management system after more than 20 years in order to shift to the cloud.

The system, which has been “extensively customised” since it was first introduced in 1995, is currently hosted by the Victorian government’s IT services provider Cenitex, but managed internally.

The current version, Oracle 11i, has evolved over the years “into a highly automated and efficient platform” utilising standard Oracle interfaces, as well as custom interfaces with TIBCO software enterprise application integration.

This supports both “transactional messaging interfaces and file transfers to and from Oracle 11i and the other 20 peripheral systems”, the department said.

But the system has been out-of-support since January 2016, requiring “sustaining support” from Oracle, and the department is now “wishes to move to Oracle’s ERP Cloud Software as a Services (SaaS) as its Financial Management system”.

A DXC Red Rock report commissioned to present viable pathway for the project recommended DHHS adopted Oracle ERP Cloud, and should that not be possible, Oracle EBS R12.

Oracle was selected as the Victorian government’s strategic partner for financial systems in 2018 after releasing a finance system statement of direction in September 2016.

“[It is] imperative that DHHS’s finance system be redesigned and upgraded to receive full support form Oracle,” tender documents state.

The department said the new system would allow for a redesign of its business processes, provide an updated user interface and new functionality and remove current reliance on customisations.

It will also ensure DHHS aligns with the future state of finance and HR system across the Victorian Public Service outlined in the government’s finance system statement of direction.

As part of the wider program, DHHS is currently seeking proposals from certified Oracle implementation partners to take charge of the Oracle Financials 11i redesign and upgrade for up to six years.

This will involve integration, implementation and support for the project, with the scope of the work expected to extend to “core finance functionality” such as general ledger, accounts payable and receivable and sourcing and contract management.

However, the successful partners will need to be aware of “several other projects that will be executed before, during and after the project” and the “constraints and dependencies” these bring.

“The most significant group of projects that are prerequisites to the Oracle 11i Upgrade Project are the decoupling projects that will remove functionality built on the current Oracle 11i implementation as described below,” the department said.

For this, DHHS expects new applications will be “developed and tested to replace the current applications no longer aligned with the envisioned Oracle ERP Cloud application footprint”.

“Embedded applications will be decoupled in a controlled manner and set up as stand-alone peripheral systems,” tender documents state.

“These will integrate back into the current Oracle 11i system and become part of the interfaces to be remediated for the deployment of Oracle ERP Cloud.

“New systems may require coupling, and replacement applications decoupling/recoupling to Oracle 11i.

“Tactically, this is an important component of the Program because the change must be well understood, and risks mitigated, to avoid loss of service continuity to the Victorian public.”

DHHS is planning to award a contract and commence implementation activities in early April 2020, with the system expected to go-live in July 2021 after system integration testing.

A briefing session will be held in December.