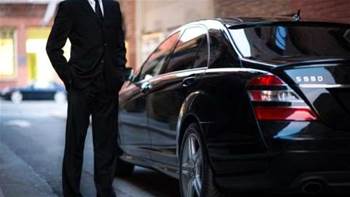 VicRoads is offering $4.5 million worth of grants to businesses developing intelligent transport systems, including autonomous vehicles.

The state government's transport technology industry grant program has been funded as part of a $13.3 million 'smarter journeys' package from the 2015-16 Victorian budget.

The scheme is aiming to provide a leg up to technologies enabling connected and automated vehicles, communications between connected vehicles and road infrastructure, and travel information systems.

Grants will be awarded from a pool of $4.5 million for a period of up to three years, with no cap on individual outlays.

Successful applicants will also have the opportunity to showcase their innovations at the 2016 ITS World Congress, which will be held in Melbourne in October.

In a statement, the state government said it is looking to position Victoria as a leader in intelligent transport systems.

“As Victoria’s population continues to grow, it’s vital that we look for more efficient ways to move people around the state,” roads minister Luke Donnellan said.

However, from a legislative perspective it will need to catch up with its neighbours in South Australia which became the first Australian state to green-light on-road testing of driverless cars.

VicRoads is also backing the iMove co-operative research centre, which will focus on new technologies to improve transport and mobility of people and freight.

Projects that are awarded a grant may be invited to participate in the iMove CRC.

Applications are open to any companies, industry bodies or other transport organisations looking to conduct research and trials of new technologies.

Further details about how to apply, as well as supporting documents, are available on the tenders section of the VicRoads website.

Applications close on Friday, 15 April, with successful applicants to be announced in late May.