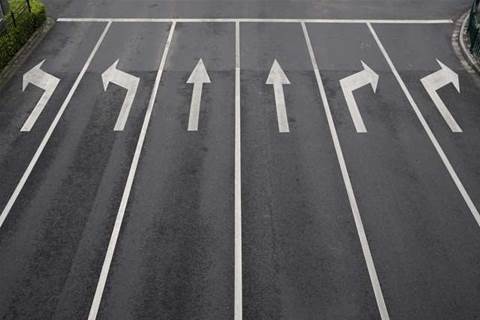 VicRoads is considering whether to outsource its data centre as it continues a long-running transformation program.

“That is something that we’re actively working with industry and in particular through the Victorian Government strategy, to have a look at whether it’s a service that we need to continue or not,” VicRoads director of Information Management & Technology Susan Sly told iTnews.

Sly, who was last month awarded Victorian CIO of the year at the Australian Information Industry Association’s State iAwards, said the transformation process VicRoads had been through over the past five years was starting to come to fruition, giving the agency the ability to innovate.

The transformation has included a restructure of the VicRoads IT team, downsized following a functional review.

Sly said while the transformation had been a little frustrating at times, the benefits were starting to flow with the upcoming completion of a new traffic information system and the delivery of mobile devices into the hands of VicRoads field workers.

The transformation comes as the Victorian Government pushes ahead with its fifty-point plan to overhaul the way ICT is procured by the State. VicRoads provided input during the development of the plan.

Sly said the continuum between where VicRoads used external industry experts and where it did things in-house was constantly changing.

“Generally if it doesn’t require VicRoads knowledge to be able to do it I would prefer to be able to work with industry, but having said that engage with them on the basis of being an informed consumer.”

She said the agency’s traffic information system was a good example of pulling out the best of expertise from both sides of the fence.

Led by HCL, the project has seen HCL teams embedded on site, running an Agile development process alongside VicRoads personnel.

“We have our own internal experts on the data and our legacy system working in that team as well. The Agile approach has allowed us to ensure we’re getting the user interfaces and the information embedded within the database in such a way that it answers questions in the way the business needs it to,” Sly said.

Ultimately, the strategy for the system is for it to be able to tell the business if it is effectively spending taxpayers money on road maintenance, and if the agency is meeting its road safety objectives.

Sly said VicRoads was also heavily involved with data.vic.gov.au, and was hoping to deliver important context alongside the data it releases to the public.

“If we really want to be able to move people around Melbourne we need updated, reliable and accurately provided information on both road closures and congestion.

“People need to be able to know what they’re looking at is accurate and timely at times like that. It’s not just about the provision of the data — it’s also about the way that it’s presented.”