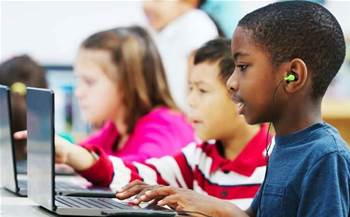 A quarter of Victorian schools have internet speeds below the 300Kbps per student state bandwidth target, and 42 percent have fewer than one device per student, the state’s auditor-general has found.

In a report, ICT Provisioning in Schools, that was tabled in parliament this week, the auditor found that broadband infrastructure, particularly in lower socio-economic areas, was keeping some schools below bandwidth targets.

The Department of Education and Training (DET) told the auditor it aims to finish upgrading the short-changed schools by May 2022.

Technical support is also a challenge, the audit report found.

Most of the nine schools interviewed for the audit hired support staff separately from the DET allocation.

The department’s allocation window also poses problems at the start of the year, because new staff allocations don’t take effect until April.

“DET advised us it provides additional technical support allocations to 'growth' schools earlier than April, to address increased enrolment needs,” something not reflected in DET’s guidance to schools, the auditor-general’s report stated.

Software purchase is an area of potential waste in the education system, the auditor-general found.

“We found that there were 1762 school transactions from 2016 to 2020 for software titles that are available to schools for free through DET’s licensing agreements. These purchases are therefore potentially not necessary,” the report stated.

The report also found that city schools have more money to spend on ICT, followed by schools in remote locations, and ICT costs more for schools in lower socio-economic areas.

In addition to recommending better internet and technical support, the auditor-general’s recommendations include a program to track ICT take-up in schools, and improved DET oversight and monitoring of school ICT policies.

School policy oversight, the report states, should cover purchasing trends, including purchases outside existing panels; whether schools are implementing their ICT policies as intended; and checking whether assets meet minimum government standards.

The report also recommended DET engage with schools “to fully understand their needs, aspirations and future directions for digitally enabled education”; specify future requirements “to enable contemporary digital learning at all schools; assess the scope of policies and provision of infrastructure, resources and services in light of schools’ future needs; and develop “clear governance and communication arrangements” to support ICT delivery.

DET has accepted all recommendations.