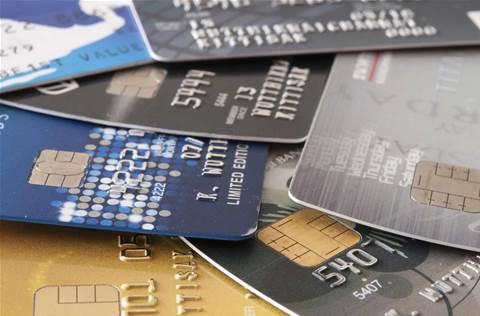 Paywave and 'tap and go' payment technology is being exploited by crooks to commit card fraud, but authorities are divided as to the magnitude of the problem.

According to Victoria Police's latest crime statistics, deception crime has increased by 45 percent and is largely attributed to the stealing of credit cards in order to use tap and go functionality.

But the report is puzzling for both NSW and Qld Police, which haven't identified the same correlation due to affected users more commonly reporting credit card fraud to their banking institution rather than police.

But Brian Hay, a detective superintendent with the Queensland Police and head of the state's fraud and cyber crime group, said any card was vulnerable if it fell into the wrong hands.

"The chip does not encrypt the card number and expiry date which leaves cards available as a vehicle to identity theft," he said.

APCA fraud statistics reflect this trend - the number of transactions reported as "lost and stolen" credit card fraud, which would include contactless payment, has more than doubled in the past 12 months, while the average value of each transcation has reduced by about $50.

Alastair MacGibbon, Director of the Centre for Internet Safety at the University of Canberra and a former director of the high tech crime unit at the Australian Federal Police, said contactless payment still provided greater security than older forms of credit card payment.

“Credit card skimming has been a major issue of fraud. Contactless payment removes any physical contact with a device thus removing the opportunity to steal the data from the magnetic strip on the card. It is also more secure than signatures which can be forged or are often not checked," he said.

MacGibbon told iTnews the trade-off between risk and convenience leans in favour of convenience when considering that the majority of victims have their funds reimbursed by the banks.

He also emphasised the advantages of the payment system for police seeking to solve crimes.

“When you have cash stolen it is untraceable by the police. In the case of paywave or tap and go crimes a digital footprint is left which provides the police a trail of information to help them solve the crime,” MacGibbon said.

Both Visa and Mastercard have disputed the Victoria Police findings.

“Card fraud in Australia remains at low levels and there has been no increase in the rate of fraud as a result of the introduction of contactless payments technology,” a spokesperson for Visa said in a statement.

When VicPol's Commissioner Nolan was asked what she felt the policy should be on ‘tap and go’, she said any business model needed to take into account "crime prevention aspects that leave victims vulnerable".

Both Hay and MacGibbon advised consumers to keep their card in sight, shield their PIN from others and monitor accounts for fraudulent transactions of small values.

A spokesperson from NSW Police said the force encouraged anyone who has had any theft or fraud to report it to the police "so the police have a sound idea of how many cases of credit card fraud are actually taking place".