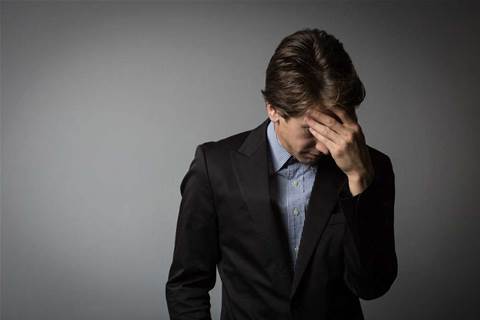 Will it be enough?

The Victorian government is hoping a transparent IT projects dashboard, a technology education program for executives, and an army of independent auditors will protect it from future embarrassing and expensive technology catastrophes.

Implicit in the plan is an infamous track record of IT failures in a particularly disaster-prone public service.

Most recently, former officials of the Department of Education have been dragged to the state’s corruption watchdog over serious allegations of mismanagement and conflicts of interest behind the $180 million Ultranet schools intranet scheme.

The Department of Justice has also been outed by the auditor-general for having blown millions on an infringement management system it was hopelessly underprepared for.

Today’s IT strategy makes a tentative acknowledgement of this chequered past.

“As in many other organisations, the public service has experienced a track record of both successful and unsuccessful delivery of ICT projects,” the document states.

The state government hopes transparency will drive better project management, and has repeated promises of a long-awaited IT projects dashboard covering all tech initiatives worth over $1 million.

The dashboard, modelled on the successful US government website, was first promised by the Liberal government in February 2013, which wanted to have it up and running by the end of 2014.

But  Queensland is to date the only state in Australia to have successfully implemented one of the traffic light-based project success trackers.

Victoria says it will have a dashboard up and running by July this year.

The strategy also commits the state government to an IT governance education program for executives sitting on technology project boards, which will arrive in June as part of its public sector-wide “capability uplift”.

It also plans to boost the number of independent auditors called in to review major IT projects, with a particular focus on probity. High-value tech-enabled initiatives will continue to be placed on its high-value, high-risk monitoring register.

Other activities in the IT strategy include:

Following in the footsteps of NSW colleagues, Victoria plans to stand up a dedicated data agency to “facilitate risk management and information sharing between agencies”.

It expects to establish the body by January 2017, until which time it will focus on identifiying the kinds of legislative and procedural barriers that might stand in its way.

In NSW, the state government passed legislation allowing the minister to demand datasets from agencies for the use of its data analytics centre.

The strategy pushes a new procurement ethos that will require agencies to think about sharing existing corporate systems before they go to market.

The new hierarchy of procurement decisions for agency CIOs will be based on a share > cloud > buy > build continuum of priorities.

Agencies in the market for a new platform will need to look at what their Victorian neighbours are using first, and whether they can piggy-back on that same solution and create a de-facto shared service.

If they decide this is not plausible, their options cascade through the price scale from cloud hosted solutions, commercial-off-the-shelf solutions, and then a ground-up build only as a last resort.

The IT strategy complains that the duplication of networks across the public service means staff lose wi-fi access when they change floors within the same government buildings.

Different networks are built to different security management practices, which means BYOD is almost impossible to implement. The state government will issue a preliminary business case and implementation roadmap for its new network approach by August.

It has also scheduled the pilot of an API gateway to share data between government and the developer community by December 2016, and will issue a cyber security strategy the same month.