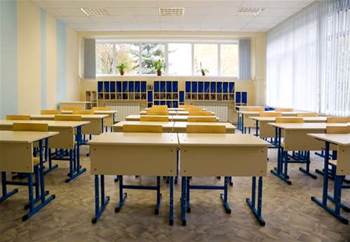 "Use of the Ultranet is well below expectations, with only 10 percent of students and 27 percent of teachers logging into the system," the audit noted.

Those figures were possibly inflated, "because some schools have established the practice of having staff regularly log in, so that their presence is centrally recorded, even if they do not undertake any activity in the Ultranet."

"This means that, at best, [the department's usage] data is on the high side," the audit noted.

While Ultranet was originally meant to be used by all schools, the department had since decided schools could opt in or out of the system. The auditor noted that "without near-universal take-up by students and teachers ... the significant investment of taxpayers' funds will ... be wasted".

The Auditor General gave the department a more favourable score on its handling of the VicSmart project, which brought fibre optic broadband services to schools.

During 2012, phase four works continued with 244 schools having their connections upgraded from 10 Mbps to between 20 Mbps and 50 Mbps, and 11 schools moving to 100 Mbps connections.

"The main driver for this upgrade was the need to support access to network applications such as videoconferencing and voice over internet protocol, which require Quality of Service network technology," the audit noted.

"Until this time, VicSmart provided base bandwidth only, and did not support Quality of Service traffic."

The auditor noted that the project was delivered on time and to budget, and had delivered on its promise to equip schools with progressively better internet connections.