Veterans' Affairs races to stave off IT catastrophe 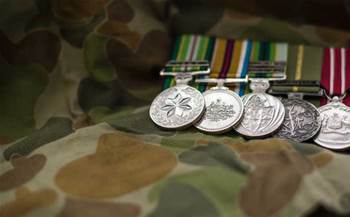 Overhaul to cost 'hundreds of millions'.

Department of Veterans' Affairs boss Simon Lewis says his agency’s pending IT transformation is expected to cost “hundreds of millions” of dollars, as the department races to get its IT shop in order before legacy applications collapse.

DVA is currently working with PriceWaterhouseCoopers on a business case to convince cabinet to fund the overhaul, which it estimates will take around five years.

The $8 million paid to the consultants comes out of $24.8 million DVA got in the last budget to fund a blueprint for its “veteran-centric reform”, to be underpinned by a fundamental modernisation of the department’s IT systems and business processes.

The final budget for the overhaul has yet to be set - Lewis told senate estimates last week its funding bid is due to be reviewed by the government’s expenditure review committee ahead of the 2016-17 budget.

“We will need to do all the costings,” he said.

“The total cost of that will be something which will, hopefully, be agreed to by government and will be announced on budget night.”

He said the aim was to "transform DVA's business model from a claims processing focus to a veteran-centric approach that is client focused, responsive and connected".

The reform program is expected to deliver payments and services to veterans that are tailored to their circumstances and need, rather than just what benefit they are receiving.

It will also integrate with Defence systems to start identifying and supporting individuals before they end their service, to achieve a “seamless transition” to the DVA.

More offerings are anticipated to be shifted online, and information will be automatically pushed to veterans so they don’t have to navigate the system themselves.

In the meantime, the DVA’s IT team will spend another $23.9 million “just trying to keep our head above water” to stabilise legacy systems that are at risk of falling over before the business reforms are in place, Lewis said.

The work has been driven by a 2013 IT vulnerability review conducted by the Department of Finance, which warned the DVA’s rehabilitation and compensation processing systems were teetering on the edge of collapse.

Chief operating officer Liz Cosson described the work as staving off “catastrophic failure” of ancient IT while the bigger reform job takes shape.

The two-year program started in July and will replace 19 separate processing applications, with the first release due in November. It is expected to speed up claims processing and reduce the maintenance workload carried by the DVA’s developers and administrators.

Cosson said the DVA was focused on how “we can best serve veterans and their families in the future and ensure that we are a sustainable department”.

“That is at the heart of what we are trying to do.”