Veolia to be 'data centre-less' within two years 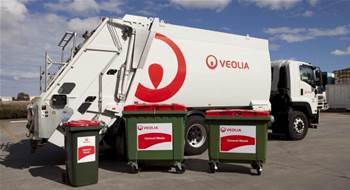 Switches to cloud for worldwide IT ops.

Veolia will not run any of its own data centres worldwide in the next two years as it shifts its full IT environment to run across multiple clouds.

The French giant, which provides essential waste, water and energy management services in 48 countries - including Australia and New Zealand - has been on its cloud journey since 2012.

To date, this has mostly been centred around its adoption of G Suite: it currently has 130,000 corporate Gmail users, 100 million Google docs, and conducts about 90,000 Hangouts - video meetings - a month.

The company is now in the midst of three major programs of work that, combined, will bring about the biggest changes to Veolia’s global IT operating model, Veolia’s Google cloud platform product manager Antoine Castex told the Google Cloud Next 18 summit.

Move to cloud (M2C), which kicked off in 2015, aims to make all of Veolia’s applications software-as-a-service (SaaS) first (or, failing that, internally developed to run on cloud-based infrastructure).

“We just want to focus on the applications,” Castex said. “We don’t want to manage the infrastructure”.

Castex noted the transition was challenging, not least because it has built up significant legacy in its over 150 years in operation.

“Sometimes we have a landscape of applications that is difficult, we have a big legacy of applications so we propose [to host them using] managed services or IaaS but the final journey to cloud for us is SaaS and PaaS,” he said.

“If you want you can develop an application or if not you can buy a solution that is ready to go.”

The company is encouraging developers to create reusable components and to run applications with “maximum microservices”.

Ultimately, Castex said, Veolia wants to go serverless and physical data centre-less - at least in terms of facilities that it operates itself.

“From this year we want to have no data centre in France in the name of Veolia and in the next two years it will be the same all over the world,” Castex said.

Instead, the company will run its entire environment using a mix of SaaS products as well as platform-as-a-service from AWS and Google cloud platform (GCP).

Castex said that Veolia had already stood up “more than 100 applications” in Google cloud.

“That’s everything from very small and simple applications to very big and complex applications,” he said.

Across the two public clouds, Veolia has about 400TB of data stored so far, and somewhere in the vicinity of 1000 active projects.

The second major project, which began in 2016, is data for business (D4B), which is centred around the creation of Veolia’s data lake, which is hosted on GCP.

“We think in Veolia that having a data lake is mandatory,” Castex said.

“The data lake for us is having a central point of data to analyse, process, extract and add value to that data.”

The lake has been set up to pull in data from 80 different sources across Veolia’s worldwide operations. Those sources include applications, user devices, business units and internet of things (IoT) sensors.

“After we acquire this data we store it without modification on cloud storage because we think it’s very important to have a history of the data we will modify after this time,” Castex said.

“The storage is very cheap on the cloud so why not just put it there so that sometimes if you need to go back or check on it [it’s there].

“This represents about 50TB of data. After this, we analyse and process it.”

The company is using Google’s BigQuery as one of its primary data processing engines, passing 60 billion records through the service. Results can be extracted and displayed in third party visualisation tools, dashboards or web apps.

One of those, Synoptique, is used to monitor and view data on water or waste treatment plants. Users of an external app in France and Germany are able to click on a visual representation of a piece of equipment in a plant and pull up the history of data that equipment has generated.

The third, most recently launched program of work Veolia has undertaken - starting only in 2017 - has been codenamed ‘satawad’.

“It’s very simple because as you may know in your company today your employees want to work any time, anywhere and from any device. They want to work from home or wherever they want.

“So we propose a global migration program to Chromebooks and we propose to give [our employees] a collaborative workplace.

“We want to enable new, modern ways of working”.

Veolia said on a slide deck that the project is likely to encompass some 100,000 computers and 50,000 mobile devices.

The company is looking to wrap up work on the three programs within the next two years.

“It’s not easy but we want to create a digital enterprise,” Castex added.