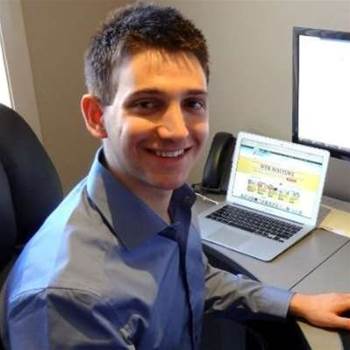 VentraIP takes over a claimed 15,000 customers and over 45,000 active services from IntaServe. It said the acquisition will add more than $1.4 million in annualised revenue to the business.

Most of IntaServe staff are located overseas - the one local employee will join VentraIP in Melbourne. IntaServe had been owned by US company Hostway until it was bought by its current CEO Jon Eaves in 2012.

The IntaServe brand will no longer be used after the acquisition, VentraIP's 23-year-old chief executive Angelo Giuffrida said. IntaServe customers will be migrated to VentraIP infrastructure and given new logins.

Guiffrida said IntaServe had asked for the purchase price to be kept confidential but said it was a "seven-figure amount".

IntaServe customers will need to make a number of network configuration changes as a result of the acquisition. They will now need to use VentraIP's domain name servers and prepare for changes to server hostnames and internet protocol (IP) adresses.

IntaServe's "unsustainable" free hosting service will be canned by VentraIP by September 30, the company said.

Customers on the free hosting plan will be automatically moved to the $4.95 a month "economy saver" service unless they choose to cancel ahead of the migration.

Giuffrida said the IntaServe buy was his company's largest to date.

He pointed to VentraIP's purchase of NSW's 9Web and Victoria-based GoDedicated in April this year, and indicated his company was planning further acquisitions of hosting firms.

In 2012, VentraIP took space in the SuperNap data centre in Las Vegas to serve customers in the United States.