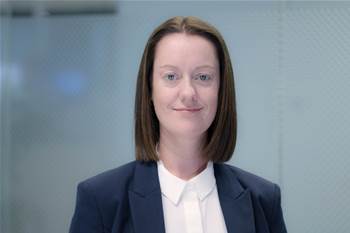 Petersen joins the company this month after a two-year stint at Jetstar, where she was the senior manager of group technology since November 2016.

She previously held IT leadership positions at a number of Australian automotive companies including Ford and Jaguar Land Rover & Volvo.

Petersen will lead a 170-strong team in Melbourne that supports Vanguard’s broader operations in the Asia Pacific region.

“Kim’s role leading the IT division will support opportunities for Vanguard in this region and beyond, with the Australia-based team functioning as one of three critical IT hubs for Vanguard globally,” Kolimago said,

“Kim’s technical and leadership expertise will be a valuable addition to Vanguard Australia as we continue to invest in the technology and infrastructure required to give our investors the best chance of investment success, while also focusing on delivering a superior client experience.”

She replaces Charles Thompson, who joined Vanguard as CIO in 2015 after working in NAB’s technology division for a number of years.

“We are very grateful for Charles’ service to Vanguard’s technology division in Australia, where he built and led the team through a period of significant growth and investment in the firms IT infrastructure and security services,” Kolimago added.

“We will also continue to benefit from Charles’ expertise as his role leading International Systems encompasses Australia and works closely with Kim and the local team.”

As of the end of 2018, Vanguard had more than $6.9 trillion in assets under management.