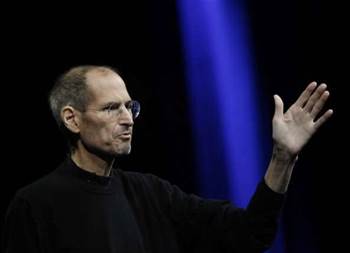 Jobs' genius was what he learned from his mistakes.

Vale Steve Jobs: The world's greatest failure - his ability to incorporate setbacks and choose his friends wisely leaves a legacy that will be hard to beat, writes Nate Cochrane.

With the passing today of Steve Jobs at 56 after a long battle with pancreatic cancer, the computer, entertainment and consumer electronics industries lost perhaps their brightest star and biggest serial failure.

For those new to the industry, it's hard to imagine with each of Jobs' successes of the past 13 years, starting with the original iMac personal computer through the iPod, iTunes, iPad and the latest iPhone 4S that there were times when the shutters were about to go up on Apple forever.

In life, Jobs was called messiah, prophet, turnaround king and as great an inventive genius as Thomas Edison. He was the exception to F. Scott Fitzgerald's rule that in American life there are no second acts.

Jobs had at least four:

From flops to fab

Over the years I have owned or played with almost every generation of Apple product, including that which set the ball rolling, the Apple ][.

That means I have experienced a fair few flops - the Newton Messagepad (think of it as the original iPad or iPod touch), Apple IIc, the Cube, Pippin, 20th Anniversary Mac, EWorld, Macintosh TV, Motorola Rokr phone, the Puck mouse - just to name a few. I even had the NeXT operating system running for a time and a newspaper at which I worked gave the horrid Apple Newton eMates to reporters, much to its scribes' collective chagrin.

Perhaps one of the most impressive aspects of Jobs' life and the one most likely overlooked in the gushing obituaries of his more recent successes was his ability to sustain failure, a key trait of great entrepreneurs.

He hung around university attending calligraphy lectures after he dropped out - he credited this for informing his love of fonts and giving rise to the desktop publishing industry that Apple spawned. And it was this design focus that enabled Jobs to identify the great technology at research lab Xerox PARC that gave rise to the original Apple Mac when the young founders came through on an excursion a few years later.

Even in the hugely successful iPad - which reignited the tablet category - (although it did not invent it, that honour lies with the Dynabook) - there are shades of the failed MessagePad that Jobs himself killed off.

When John Sculley, the chief executive officer Jobs hired to run the company, forced Jobs out in a boardroom coup in 1985, the then 30-year-old founder announced that he was starting another company, NeXT, that may even licence its technology back to Apple. Apple later sued NeXT for "nefarious schemes" but dropped the litigation.

NeXT was a stunning failure that led to greater success.

It was Jobs' intention to create a computer for use in education - long an Apple mainstay. It was to be a sophisticated but affordable workstation for scientific educational research. But it cost twice as much as Apple's Macintosh SE/30 and five times as much as a typical workhorse IBM PC or compatible of the day. In that, it reflected Jobs' earlier failure with the price of the Lisa, also regarded as one of Apple's greatest failures, which was much higher than the Macintosh at the time.

The NeXT workstation failed to find a niche and the hardware division closed in 1993 - but not before an obscure British physicist and computer scientist latched on to it as the only way to invent what became the world wide web. The CERN physicist Sir Tim Berners-Lee said NeXT was the only platform of its type at the time that could do what he needed.

"[NeXT] had the advantage that there were some great tools available - it was a great computing environment," the knighted scientist says of the device on which he coded the first web browser.

"I could do in a couple of months what would take more like a year on other platforms, because on the NeXT, a lot of it was done for me already. There was an application builder to make all the menus as quickly as you could dream them up ... all the software parts to make a WYSIWYG word processor. I just had to add hypertext."

The secret of Jobs' success

In many ways Jobs' core business traits relied on being able to return to the scene of failures; his 1996 return to Apple at the behest of its chief executive officer Gil Amelio greatest among them (Jobs despatched Amelio, who did much to shore up the company, less than six months after Apple bought NeXT).

Not only did Jobs' "second coming" give the company that at the time had just three months of cash reserves a way out of its operating system funk (OS X is based on the Nextstep operating system) but it returned to the fold its spiritual leader who even wangled $US150 million out of old foe Bill Gates to keep the payroll flowing. Gates was hissed by fanboys as he strode on stage with Jobs to make the announcement.

Jobs pushed ahead with OS X (released 1999), unveiled sexy new consumer Macintosh desktops in the iMac range (there was even a "Bondi Blue" model) that would become a hallmark of its later machines and returned Apple to health. And he pressed on with a consumer electronics strategy that would deliver the company its greatest returns since the Apple ][.

But although Jobs was an innovator and charismatic businessman, he was not an engineer or inventor so attributing him with creating the technologies is a stretch. Former business partner Steve Wozniak summed up Jobs' genius in his autobiography, iWoz: "Steve is great at choosing the right technologies, the new ones that will succeed."

Wozniak is a staunch defender of Jobs even though relations between the old friends were often strained, such as when Jobs, on learning Wozniak had founded a startup to make a universal remote control, dropped it into a wall and put the remains in a box, saying, "Send it to him."

But Jobs was great at choosing people to further his ambitions even though his personal life, as seen above, and professional relationships were often troubled.

He and Wozniak were drawn together to found Apple; Jobs partnered with genius Lucasfilm animator John Lasseter to found Pixar; NeXT was founded on a conversation with Nobel Laureatte Paul Berg and Jobs accreted some of the brightest minds from Apple to build the new business while attracting investors such as Ross Perot, founder of EDS, and brilliant engineer Avie Tevanian. And the latter successes with the iPod and iPhone and even redesigning Apple's core computer lines rests with the Braun-inspired Jony Ive, Apple's chief designer.

But it is for revolutionising the music and telecommunications industries that Jobs will most likely be remembered by a generation who never punched the keyboard of an Apple ][.

The iPod business and its attendant music store was cobbled together by Apple's digital hub division, drawing on the talents of engineer Tony Fadell and contracting the work to fabless semiconductor maker PortalPlayer. It wasn't the first MP3 player - that honour lies with Saehan, a Samsung division - but it was the most successful.

The first, 5MB iPod debuted on October 23, 2001 and could hold 1000 songs. It was coupled to iTunes software, itself based on code bought from SoundJam MP, a popular third-party music player software, that Apple released about eight months before. The Apple Store commerce component was added about two years after the iPod.

By combining these three elements - incidentally, a cornerstone of Samsung's strategy a few years before - Jobs had learned a lesson from an earlier time when he refused to licence the Mac graphical operating system a decision that opened the door to upstart Microsoft to dominate the nascent PC industry.

The lesson in Jobs' mind wasn't to licence or open the technology - he had to have tighter control, vertically integrating from the music lover's hip pocket to their ear and in doing so he brought the music industry kicking and screaming into the 21st century.

A measure of success

Apple has more cash at hand than the US Treasury and recently knocked Exxon Mobil off the top spot as the most valuable publicly listed company in the world.

Shortly after Jobs returned to Apple, Michael Dell told delegates to a tech conference that if it was him trying to fix Apple he would "shut it down and give the money back to the shareholders".

Jobs' lasting legacy and lesson for those who would follow his path is how he learned from his mistakes along the way and how they informed his approaches to life, technology and business.

* Nate Cochrane has been a card-carrying Apple fanboy for nearly 30 years. Flames and whatnot can be sent to nathancochrane (a) me.com