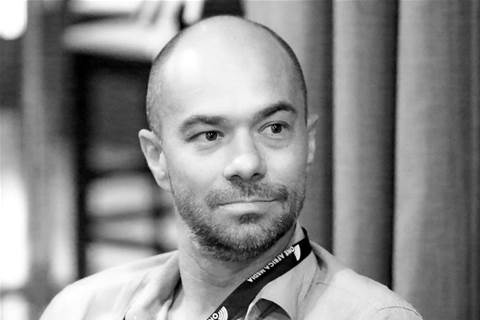 Eaton was the CIO of Seek for almost three years until July 2011, when he left the company to return to his home country of Kenya to start a new car portal business, Cheki, under the One Africa Media online marketplace group, of which he was a co-founder.

The business is now the largest car portal in Kenya and employs over 150 people.

Eaton had been staying at a friend's home in Nairobi when armed assailants entered the residence.

In a statement, One Africa Media said Eaton was one of the "inspirational leaders of the technology revolution happening across the continent of Africa".

"Carey was intelligent and bold but wielded this gift with a humility that gave all around him the confidence to achieve more than they knew was possible," the company said.

"However, it is not Carey the business leader that we will miss as much as Carey the man: energetic, passionate and connected to us all in some special way.

"What can never be taken away is the legacy around us in the team and the brands that he built. When we have mourned the loss of our friend we will, with renewed resolve, get back to building his vision into a great legacy. In celebration of his life."

Eaton is survived by his wife Steph, and four children Noah, ILola, Ted and Archie.

Members of the IT community across Australia and Kenya expressed their sadness at having lost "a true inspiration".

Steven Stojanovski, senior application security analyst at ANZ said Eaton had been "one of the most talented and inspiring people I’ve ever met".

"It was a true honour to have known you."

"Deeply saddened to learn of the passing of Carey Eaton. Vale," said Stuart Partridge, user experience lead at ME Bank.

Eaton's career in technology had, in his own words, been "accidental", after he joined an internet-focused recruiter before landing a role at Career One and later Seek.

"I was very lucky to be part of a company that believed in the internet right from the beginning," he told the CIO Masters Series program in 2010.

In his time at Seek, Eaton successfully helped build the brand and customer experience by ensuring the business had modern IT systems to support its focus.

"If you spend all your time looking at technology you'll probably lose out in the longer term," he said in 2011.

"I think probably the more agnostic you are to technology, the better, in the sense that the CIO role is about working with the company to identify how technology is used rather than making judgments about the technology itself."