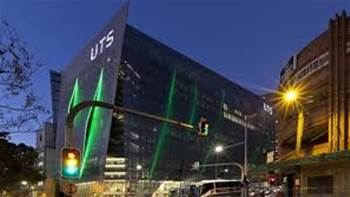 In response to growing demand from industry, gov.

The University of Technology Sydney will stand up a Department of Defence-compliant research and innovation hub in response to growing demand for secure facilities to conduct protected projects.

UTS Vault will be a “first-of-its-kind”, allowing for collaboration with the private sector tenants on cyber security and defence technology to “advance research and commercialisation”.

It is also expected to have flow-on effects for broader NSW cyber security industry by “deliver[ing] new high-skilled jobs and build[ing] state capacity for cyber intelligence”, according to Henskens.

“The Vault will help further cement NSW, and Tech Central, as the place where industry... can access critical infrastructure to expand their businesses, grow jobs and solve real-world problems,” he said.

“UTS Vault will help NSW build a pipeline of highly skilled workers for the technology and innovation industry by providing world-leading cyber security education and hands-on experience,” he said.

The creation of the UTS Vault will result in 30 direct jobs, as well as 80 indirect jobs, by June 2024, the government said.

UTS will benefit from infrastructure rebates, one of a number of levers contained in the government’s $250 million Jobs Plus Program.

The program was introduced in 2020 with the aim of helping companies to establish or expand their footprint in NSW.

Morse Micro plans to use “infrastructure and training rebates as well as payroll tax exemptions” to expand its Surry Hills office and recruit a new R&D team.