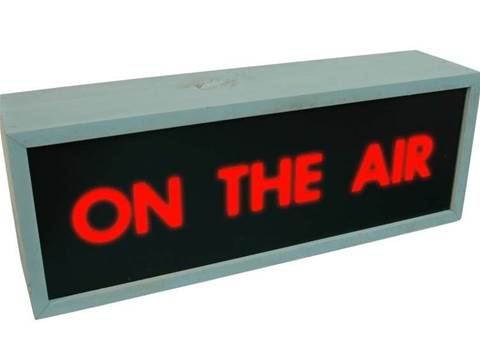 A new television initiative has set out to bring the YouTube generation to Australian TV. Launched this week as a national first, user generated ‘Participation TV’ links 3G phone capabilities with broadcast TV, giving mobile-ready youth a shot at their thirty seconds of fame.

Optus, MTV, and software development company Gravity have jointly launched a Participation TV program, Vidcast, which invites audiences to participate by submitting video clips via either a video call or MMS.

Once in the content management system, video clips are reviewed by an MTV moderator and then are either broadcast on Vidcast, published on an Optus Web site, or rejected. After each clip is moderated, its author receives an SMS notification about whether the clip will be aired.

Vidcast’s phone-to-TV technology is called IVVR, and builds on the automated voice call answering technology that is currently in use by some technical support lines and customer care centres.

The technology has been developed by Gravity, which was formed in 1996 as an Internet-focussed content management service provider, but during the past two years has changed its strategy to encompass mobile telephony and television in response to customer demand.

“IVVR – Interactive Voice and Video Response – is similar to IVR [Interactive Voice Response], which is the old 1902 service, where you dial a number and push numbers to navigate through a menu,” explained Gravity Sales Manager, Frank Lodewick.

“The key area of our development is in user interactions. We’re developing technology that allows our customers to interact with their audience,” he said. “We got a lot of requests along the years for SMS, MMS, video [functionality], and that’s what made us broaden our strategy to mobile, Internet and TV.”

Vidcast is said to be the first Participation TV program of its kind in Australia, and is expected to appeal to the youth market as it brings together two of the biggest technology trends of 3G video calling and user generated content.

“Participation TV is a dynamic new technology that will bring this online element to television transforming viewers from passive to active audiences and allowing fans with similar interests to connect,” he said.

User-generated TV may be new to Australia, but according to Gravity's Lodewick, Participation TV programs have been airing in Europe and Asia for more than a year.

Lodewick mentioned TV programs that allow roving reporters to call in to submit breaking news from the street, game shows that invite live video contestants, and talk show polls that air the opinions of people in their living rooms.

“It is quite a new concept to Australia, and there are several things that we can do,” he said. “The main markets that we are looking at are in the U.K., Italy, Holland, France, Singapore and Malaysia. This is the first show that is launched in Australia; in those countries it has been happening for more than a year.”

The application of video calling in Australia has been expanding since 3G services were made available by Hutchison in 2003. Gravity’s IVVR system uses the same video technology, Lodewick said, except that calls are terminated at an application instead of at another person.

“SMS happened in exactly the same way,” he said, noting the current demand for TV programs, like Channel 10’s Big Brother that allow audiences to vote for contestants via SMS. Lodewick also mentioned a demand for mobile services delivering ringtones and games that are purchased via SMS.

“That’s exactly the phase we are at now. We’re saying that video calling doesn’t necessarily mean person-to-person, it could also mean person-to-application.”

The potentials of person-to-application video calling extend beyond Vidcast, Lodewick said, expecting Gravity’s technology, which is offered as a managed service, to be applicable to either publishers of magazines or newspapers, recruiters who could conduct preliminary interviews, and dating Web sites that might offer video chats with potential matches before physically meeting up.

“We have many, many applications for this technology, and this is just one of them; we are talking to a lot of companies,” Lodewick said.
Got a news tip for our journalists? Share it with us anonymously here.