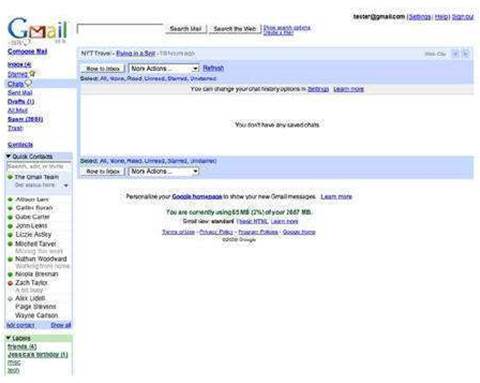 Washington has scrambled to assess whether security had been compromised after Google revealed that a major cyber attack targeting U.S. officials had been pegged to China.

"We take them seriously; we're looking into them," Clinton told reporters a day after the Internet giant said it had disrupted a campaign aimed at stealing passwords of hundreds of Google email account holders, including senior U.S. government officials, Chinese activists and journalists.

Google's announcement fuelled debate in Washington over China's intentions in cyberspace, which the United States has identified as a potential flashpoint for future conflict.

Blackberry maker Research In Motion and Microsoft could get a boost from the Google hacking incident. The companies have been fending off competitive challenges from Google's Android software and cloud computing services, as the corporate sector and the federal government explore whether Google is a secure alternative for email.

Neither Google nor the U.S. government has said the Chinese government was behind the attacks. Google only said the attack appeared to originate in China.

The White House said it had no reason to believe official government emails were hacked in the Google incident, and officials at many agencies stressed that government employees were directed not to use private accounts to discuss sensitive issues.

"Rule number one is: don't do anything stupid," one national security official said.

Some agencies, including the Securities and Exchange Commission and the Commodity Futures Trading Commission, block employees from accessing personal accounts from work. But there is no blanket ban and other agencies do allow it.

"Those of us who do run private accounts are very, very mindful of the security issues," Chief of Naval Operations Admiral Gary Roughead told Reuters.

Still, the government will check whether senior officials' private accounts were targeted, said one official, speaking on condition of anonymity.

"There is a lot of awareness that whether it's a hostile intelligence service or others who may want to access this," the official said.

The U.S. State Department has asked Beijing to investigate, according to U.S. Defence Secretary Robert Gates.

"We take the cyber threat very seriously and we see it from a variety of sources, not just one or another country," Gates said.

"One of the problems of cyber attacks is that attributability is a problem at some times. It's hard to know or takes a lot of time to figure out where an attack came from."

Beijing reacted angrily to Google's charge, saying it was "unacceptable" to blame Beijing and allegations that China supports hacking "have ulterior motives".

Gates said the Pentagon was examining threats from cyber-space in the context of defence responsibilities.

"There is no question that our defence systems are under attack all the time," he said.

"What does constitute an offensive act by a government? What would constitute an act of war by cyber that would require some kind of response, either in kind or kinetically?" he said.

Google's latest salvo looked likely to bring Internet policy to the foreground in the U.S-China relationship, where Washington and Beijing have staked out sharply contrasting approaches to censorship, freedom of speech and cybersecurity.

The United States was drawn in last year when Google temporarily shut its Chinese-language portal over censorship concerns and a cyber attack it said was traced to China. Clinton also has accused Beijing of facing a "dictator's dilemma" as it seeks to control technologies that are fueling growth and free speech around the world.

The dispute over the Internet has at times amplified existing strains in the U.S.-China relationship on everything from human rights and trade to intellectual property rights.

The United States has warned that a devastating cyberattack could result in real-world military retaliation, although analysts say it could be difficult to detect its origin with full accuracy.

The White House and the State Department have appointed officials to oversee cybersecurity issues. The Pentagon probably has the most developed strategy in the U.S. government, with a Cyber Command and thousands of people in different divisions of the military dedicated to matters of cybersecurity and cyberwafare.

The State Department's cyber coordinator, Christopher Painter, called cyber security a diplomatic priority for the United States as it seeks to defend itself from threats ranging from freelance hackers to militants to potential rival states.

"The most important thing is to build international consensus....It's not just China that we need to engage with. It is an important part of our agenda with every country," Painter told Reuters on the sidelines of a London conference.