US urged to shore up cyber security against Chinese hacking 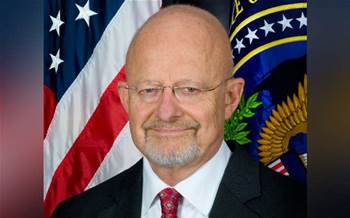 Clapper's latest comments come as the Obama administration is believed to be considering targeted sanctions against Chinese individuals and companies for attacks against US commercial targets.

Clapper highlighted the attack on the US Office of Personnel Management, in which more than 21 million US citizens who had undergone background checks for security clearances since 2000 had their personal data stolen by hackers.

While Clapper did not explicitly blame China for hacking the OPM, he said the breach could compromise the cover of US spies abroad, though he said there had not yet been any signs of "nefarious" use of the data.

China has denied any involvement in hacking US government and corporate databases and insists that it too has been a victim of online attacks.

Following the OPM hack, there have been increasing calls for President Barack Obama to take a tougher line against China on cyber issues.

Clapper called for tighter US cyber security measures and said improved cybersecurity would complicate Chinese cyber espionage "by addressing the less sophisticated threats and raising the cost and risk if China persists”.

He warned that while most major online attacks today involve theft of data, in the future hackers could change or manipulate information in databases to compromise their integrity.

Meanwhile, director of the NSA Mike Rogers told the committee that since a high-profile hack last year of Sony Pictures, no evidence had surfaced of further North Korean cyberattacks on US companies.

But he said there had been North Korean cyber attacks on other countries, though he did not name them.