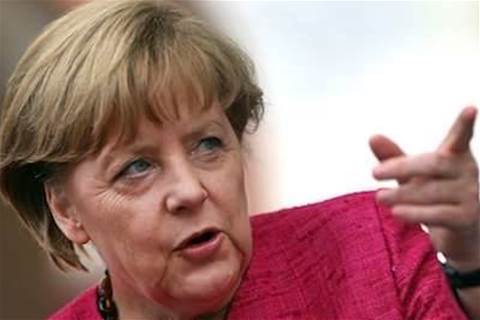 Britain's Government Communications Headquarters (GCHQ) and the NSA jointly spied on three German satellite providers, Stellar, Cetel and IABG, according to a report in Der Spiegel.

The spy agencies tapped into internet exchanges used by the satellite companies to peer with other providers, to intercept the data communications.

As part of the operation, the US and UK spy agencies infiltrated the companies, capturing details of employees and lists of customers and partners.

The motives for the interception were not mentioned in the documents, beyond the GCHQ seeking "development of in-depth knowledge of key satellite IP [internet protocol] service providers in Germany."

One of the companies spied upon, IABG, is active in aerospace and defence industries, including anti-terrorism prevention.

GCHQ did not comment on the revelations but in a statement insisted its activities were legal, authorised, necessary and proportionate.

Furious that it has been targeted despite being an allied country, Germany is currently looking into prosecuting the US and UK spies for espionage.

However, German federal prosecutor Harald Range has so far found it difficult to put together a convincing criminal case against the foreign spy agencies.

Further raising German ire, the document leak shows that the country's leader, Chancellor Angela Merkel, was put on a target database of 122 heads of state by the NSA's Centre for Content Extraction.

The Target Knowledge Database is used by the NSA to analyse profile information of those listed in it, and could provide evidence to the Germans that Merkel was singled out officially for spying.

As in earlier leaks, the document is marked "Top secret/Comint/Rel to USA, AUS, CAN, GBR, NZL" meaning the spy agencies in the so-called Five Eyes countries including Australia and New Zealand would have been aware of Merkel being on the list.

Last October, US president Barack Obama had to apologise to Merkel for another NSA spying operation in which her mobile phone calls were tapped by the Americans for a decade.