US to boost military with robotics, 3D printing 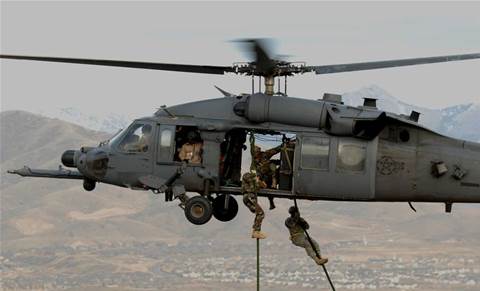 The US Government will aim to identify and develop innovative technological weapons systems to ensure continued US military dominance in the 21st century, US Defense Secretary Chuck Hagel announced over the weekend.

Warning that the Pentagon's technological edge is eroding, Hagel told the Reagan National Defense Forum that the new Defense Innovation Initiative would include an effort to develop and field new systems using technologies such as robotics, autonomous systems, miniaturisation, big data and 3D printing.

Noting the Defense Department did not dominate the technologies it hoped to exploit, Hagel said the Pentagon would turn to businesses and universities for ideas and help.

It plans to work closely with traditional weapons makers like Lockheed Martin and Boeing , but it is also looking for inspiration from commercial companies like Google that are more agile and less bureaucratic.

Hagel said the Pentagon expected the push to produce systems that would offset its rivals' advantages, as atomic weapons did in the 1950s and precision strike and stealth have done today.

"We are entering an era where American dominance in key warfighting domains is eroding, and we must find new and creative ways to sustain, and in some areas expand, our advantages," Hagel said.

While the United States has been engaged in wars in Iraq and Afghanistan, powers such as Russia and China have invested heavily in military modernisation, fielding advanced aircraft, submarines, and both longer-range and more accurate missiles, Hagel said.

Technologies and weapons that were once the exclusive province of advanced nations have become available to a broad range of militaries and non-state actors, from North Korea to Hezbollah, he added.

Hagel's remarks echoed those of other senior Pentagon officials appearing at the forum.

Frank Kendall, the Pentagon's chief arms buyer, said the US military had been "complacent" about its superior technologies.

"We’re so used to having a dominant military power that we just took it for granted," Kendall said.

Hagel said the Pentagon would put "new resources" into the initiative, even amidst an environment of shrinking budgets as the department tries to cut nearly a trillion dollars from projected spending over a decade. He did not say how much the Pentagon planned to spend.