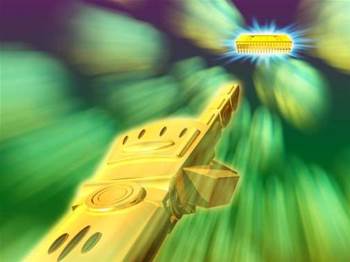 The California state Senate has approved legislation to bar employers from forcing workers to have RFID chips implanted under their skin.

RFID tags have been used for years to identify pets, track inventory and more recently in contactless smartcards and other ID systems.

State Senator Joe Simitian proposed the bill after RFID developer VeriChip was licensed by the US Food and Drug Administration to sell implanted identification devices.

Simitian said that, so far, about 2,000 people have had VeriChip's devices implanted.

"RFID is a minor miracle, with all sorts of good uses," said Simitian. "But we should not condone forced 'tagging' of humans. It is the ultimate invasion of privacy."

Although nine senators opposed the measure, the bill has been approved by the State Assembly and now goes to the governor for his stamp of approval.

Senator Bob Margett, who was one of the people who opposed the bill, said it is premature to legislate on technology that has not yet proved to be a problem.

"It sounded like it was a solution looking for a problem. It didn't seem like it was necessary," he said

Cincinnati video surveillance company CityWatcher.com already requires employees who work in its secure data centre to have a microchip implanted in an attempt to minimise security risks.

Many commentators have praised the move and expressed outrage at the possibility that companies may force employees to have these chips implanted, comparing it to treating staff as animals or inventory.

As well as the privacy issues Simitian said he fears that the devices could be susceptible to hacking and other security problems, facilitating identity theft and improper tracking and surveillance.
Got a news tip for our journalists? Share it with us anonymously here.
Copyright ©v3.co.uk
Tags:
bansforcedhardwarehumansofrfidstatetaggingus