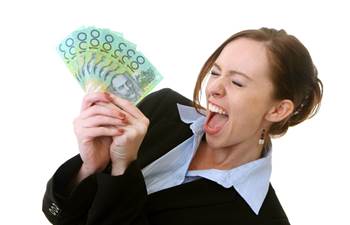 Prize carrot to go with the warrant stick.

Three United States senators have proposed a new law that will create a prize competition for creating lawful access to encrypted technologies.

The senators argue that encrypted services are "warrant-proof" and that they are used by terrorists and bad actors to conceal illicit behaviour.

Apple, Facebook's WhatsApp, and Microsoft are some of the companies being singled out by senators Lindsey Graham, Tom Cotton and Marsha Blackburn for refusing court orders and not assisting law enforcement with their investigations.

The United States Attorney-General (USAG) would also be able to issue directives to providers and manufacturers to report on their ability to break encryption, and to provide a timeline for when it could be implemented.

However, the USAG would be prohibited from issuing specific technical steps to vendors to implement encryption breaking capabilities.

The senators also want to incentivise what they say is technical innovation by establishing a prize competition "to award participants who create a lawful access solution in an encrypted environment, while maximising privacy and security."

How the senators envisage such a competition would be implemented was not revealed.

Strong encryption of digital communications and storage has become a contentious issue over the years, with governments demanding access to data, to combat criminal activity.

Vendors and cryptographers, however, say that introducing backdoors into encrypted systems would jeopardise the security of their customers, and have so far fought back on the proposals.

Graham and other US senators sought in March this year to weaken encryption with the EARN IT bill, which would strip websites of statutory legal protections if they failed to provide law enforcement access to any digital message.

In late 2018, Australia introduced laws of its own that are designed to weaken encryption.