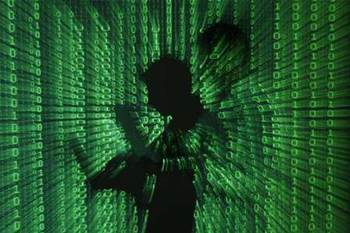 An illustration picture shows a projection of binary code on a man holding a laptop computer, in an office in Warsaw June 24, 2013. Credit: Reuters/Kacper Pempel/Files

US regulators and law enforcement agencies met on Monday with an advocacy group for Bitcoin, a digital currency that has been under fire for its purported role in facilitating anonymous money transfers.

Jennifer Shasky-Calvery, director of the Financial Crimes Enforcement Network (FinCEN), said her unit hosted a presentation by members of the Bitcoin Foundation, an advocacy group of Bitcoin-related businesses.

"This is part of our ongoing dialogue aimed at enhancing communication with our regulated financial industries," Shasky-Calvery said in a statement.

She also noted that virtual currency exchanges must register with regulators and face requirements similar to those imposed on other financial firms. FinCEN is the Treasury Department's anti-money laundering unit.

Bitcoins, which have been around since 2008, are a form of electronic money that can be exchanged without using traditional banking or money transfer systems.

Bitcoins are the most prominent of these new currencies, which have come under scrutiny from regulators and law enforcement officials.

Representatives of the Bitcoin Foundation did not immediately respond to requests for comment. The group's website says it aims to make the currency more respected and to improve and protect its integrity.

The currency first came under scrutiny by law enforcement officials in mid-2011 after media reports surfaced linking the digital currency to the Silk Road online marketplace where marijuana, heroin, LSD and other illicit drugs are sold.

In recent months, the US government has taken steps to rein in the currency and more regulatory action is expected.

Tokyo-based Mt. Gox, the world's largest exchanger of US dollars with Bitcoins, had two accounts held by its US subsidiary seized this year by agents from the Department of Homeland Security on the grounds that it was operating a money transmitting business without a license.

The Federal Bureau of Investigation reported last year that Bitcoin was used by criminals to move money around the world, and the US Treasury said in March that digital currency firms are money transmitters and must comply with rules that combat money laundering.

The Senate Committee on Homeland Security and Government Affairs launched an inquiry into Bitcoin and other virtual currencies earlier this month, asking a range of regulators to list what safeguards are in place to prevent criminal activity.