US regulator shoots down 'do not track' requirement 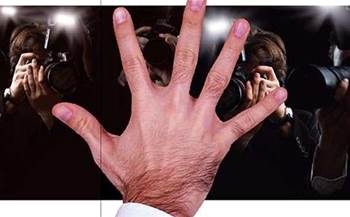 The US Federal Communications Commission has rejected a petition that would have compelled website owners to respect do not track (DNT) privacy requests from their users.

It was inspired by consumer rights groups lobbying the FTC to create a do not track list for online advertisers - which was deemed impractical - to allow users express whether or not they wished to receive targeted advertising across multiple websites.

However, the decision of whether to respect or ignore DNT opt-outs from users has been left to individual website owners.

Lobby group Consumer Watchdog had petitioned the regulator to enforce DNT requests online, saying [pdf] sites should not be allowed to follow users around on the web without people's consent.

The chief of the FCC's wireline competition bureau, Matthew DelNero, flatly turned down the petition.

DelNero wrote [pdf] in his ruling that the commission had no intent of regulating "edge providers" on the web, which are not covered by statutory privacy requirements for telcos.

“We believe the FCC has the authority to enforce internet privacy protections far more broadly than they have opted to do and are obviously disappointed by this decision,” Consumer Watchdog’s privacy project director John Simpson said.

The privacy feature is currently supported in all popular web browsers.

Microsoft created controversy two years ago when it decided to enable DNT by default in its Internet Explorer 10 web browser.

This was seen as subverting the original intention that users themselves must decide whether or not to opt out of tracking, creating an incentive for sites to ignore the privacy beacon.

As of Windows 10, Microsoft no longer enables DNT by default for users.

Copyright © iTnews.com.au . All rights reserved.
Tags:
do not trackfacebookftcgooglenetflixprivacystrategy