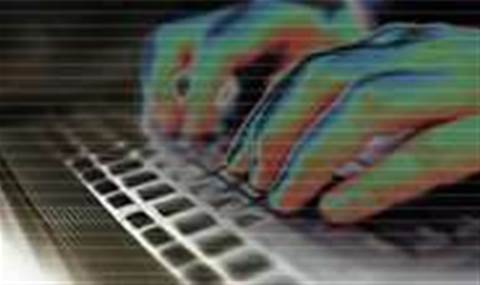 US Government officials have urged private sector companies away from using Huawei network gear for fear its equipment could open doors to spying.

Mike Rogers, chairman of the US House of Representatives' Intelligence Committee said companies looking at Huawei — the world's second largest telco equipment maker — should look elsewhere for gear "if you care about your intellectual property; if you care about your consumers' privacy and you care about the national security of the United States of America".

The Michigan Republican, a former FBI special agent, made his comments to the CBS television program 60 Minutes to be broadcast on Sunday. Excerpts provided by the program Friday did not spell out any evidence to back up Rogers' concerns.

On Monday, the Intelligence panel will release the findings of a nearly year-long investigation of the alleged security risk, both from Huawei and China's ZTE.

ZTE is also a Shenzhen, China-based telecommunications gear maker, the world's fifth-ranking. The excerpts released by 60 Minutes did not include specific references to ZTE. It was not immediately clear whether Rogers and the committee were concerned about ZTE as well.

The report's findings come as the companies have faced increasing concerns at a security level in Australia as well, where the company has voiced fears of being blocked from future local work under proposed reforms to national security legislation.

Huawei was blocked from tendering to provide equipment to Australia's National Broadband Network under advice from spy agency ASIO.

The US committee believes allowing Huawei to build and maintain large swathes of America's telecommunications infrastructure could open a door for the Chinese government to spy on the US government and engage in industrial espionage, 60 Minutes said.

"One of the main reasons we are having this investigation is to educate the citizens in business ... in the telecommunications world," US representative C.A. Ruppersberger told 60 Minutes on Sunday.

Huawei said in response that it was "globally trusted and respected," doing business in almost 150 markets with more than 500 operator customers, including nationwide carriers across every continent except Antarctica.

"The security and integrity of our products are world proven," William Plummer, a company spokesman in Washington, said in an email.

"Those are the facts today. Those will be the facts next week, political agendas aside."

The efforts of Huawei and ZTE in the United States have been stymied by US concerns over allegedly mounting Chinese economic espionage, especially in cyberspace.

Huawei has marketed its network equipment in the United States since last year and has sold to a range of small- to medium-sized carriers nationwide, particularly in rural areas. It has marketed mobile phones through a broader range of US carriers, for the last four years.

Both Huawei and ZTE have rejected charges that their expansion in the United States poses a security risk and argue they operate independently of the Chinese authorities.

The release of the US report could ultimately set back an initial public offering for the company, which it had eyed as one way of dispelling ongoing concerns in the private and public sectors.

The equipment manufacturer has been in touch with investment banks about a possible entry to the stock market but has not made any decisions about proceeding with a listing, sources have said.

The Wall Street Journal reported earlier that Huawei had reached out to investment banks for advice on an IPO, which is seen as a way of making itself more transparent and helping it win big contracts in markets like the United States, although it had not chosen any banks and nothing had been decided.

"We haven't ruled out the possibility of a listing. We've always been in touch with banks, but I don't think anything has been decided," a source close to the company told Reuters, declining to be identified because he is not authorised to speak to the media.

Huawei has been looking at the listing issue for years, but there has been little progress due to the complicated company share structure and some doubts about whether a listing would actually help dispel suspicion that US lawmakers have towards the company, sources told Reuters.

One banking source, who declined to be identified as he was not authorised to speak to the media, said Huawei had been open to the idea of going public every now and then, but he was unaware of anything happening at the moment.

Huawei, also the world's sixth-biggest handsets maker, said in an emailed statement that it declined to comment about market rumours.

Huawei and domestic rival ZTE Corp have been successful in selling handsets in the United States, but they have hit roadblocks trying to sell their flagship telecommunications equipment products due to opposition from US lawmakers over security concerns.

The Wall Street Journal, citing a person familiar with the matter, said Huawei began reaching out to banks for IPO advice after being forced to drop a small acquisition early last year due to opposition from the Obama administration. Huawei is leaning towards a listing in the United States, but is also considering Hong Kong or London, the newspaper said.

Sources who spoke to Reuters, however, noted that ZTE still faces problems in cracking the US telecommunications equipment market and questions from US lawmakers over its transparency despite being a listed company.