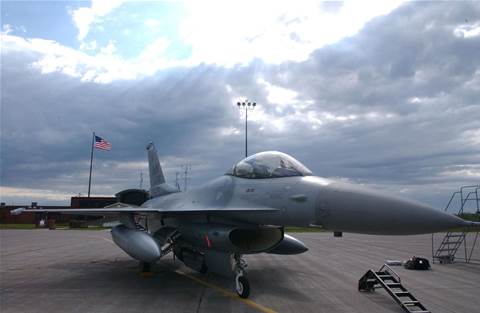 Simulation shows resilience even if key nodes were knocked out.

The Internet infrastructure in the US would still be able to function even if terrorists were able to knock out key physical network hubs, researchers have claimed.

According to academics who have completed a simulation of a major attack on the US Internet infrastructure, it would be "very difficult" to cause major disruptions across the country.

However, the research reveals that the destruction of some key elements could "seriously degrade" internet quality.

"When it comes to the internet, there is strength in numbers," said Morton O'Kelly, co-author of the study, and professor of geography at Ohio State University.

"There are so many interconnections within the network that it would be difficult to find enough targets, and the right targets, to do serious damage to internet reliability nationwide."

The results were published in a paper entitled Internet Reliability With Realistic Peering in a recent issue of the Environment and Planning B journal.

The researchers developed computer simulations in which they studied a simplified nationwide internet network.

In order to make the study more manageable, the researchers used just five of the more than 30 major commercial internet backbone providers, and three of the nation's major public access points in Chicago, Dallas and San Francisco.

They then simulated disruption or failures of parts of the network to see what would happen to internet connectivity between 946 pairs of cities.

The researchers assumed that not all the backbone providers in a network node would be disabled at once, and that peering agreements would allow at least some internet traffic to continue flowing.

As would be expected, results differed greatly depending on the number and specific parts of nodes that were disrupted in the simulations, O'Kelly said.

For some city pairs, disruptions in nearly a dozen specific nodes would not make much difference in Internet reliability, but a disruption in a single critical node would cause major problems.

And such critical nodes may be different for any particular pair of cities. That was largely because there were many separate paths for internet traffic to travel between the two cities, O'Kelly said.

Moreover, traffic could be routed through any of three of the major hub cities, all of which were highly reliable because of the peering agreements between the Internet backbone providers.

"There is a rich Web of connections in these internet nodes, and a hit on a single city node or even several of them is not likely to wipe out internet connectivity," O'Kelly said. "Major damage could still be done, but it would be very difficult."

Got a news tip for our journalists? Share it with us anonymously here.
Copyright ©v3.co.uk
Tags:
attack highly internet resilient security terror to us