US House votes to end bulk collection of phone data 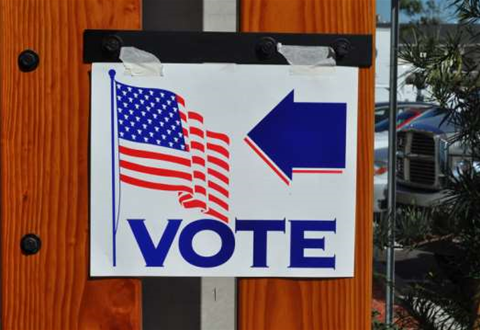 Spy agencies could have powers reined in.

The US House of Representatives has approved a bill to end spy agencies' bulk collection of Americans' telephone data, setting up a potential showdown with the US Senate over the program, which expires on June 1.

The House voted 338-88 for the USA Freedom Act, which would end the bulk collection and instead give intelligence agencies access to telephone data and other records only when a court finds there is reasonable suspicion about a link to international terrorism.

The strong support in the House by both Democrats and Republicans could increase pressure on Republican Senate Majority Leader Mitch McConnell to allow a vote on the bill.

McConnell and several other senior Republican senators have said they would rather renew the existing bulk data collection program, authorised under the USA Patriot Act, passed in the wake of the Sept. 11, 2001 attacks.

But continuing the program, which has concerned many privacy advocates since it was exposed in 2013 by former National Security Agency contractor Edward Snowden, would face strong resistance in the House.

At least two senators - Republican Rand Paul, a 2016 presidential candidate, and Democrat Ron Wyden - have pledged to filibuster any attempt to extend the plan.

They said the FBI has used the Patriot Act and court rulings to gather records of hotel stays and international wire transfers by companies such as Western Union.

Under the Freedom Act, such powers would remain in place, but investigators' data collection power would be narrowed to cases where the government sets out tightly targeted "specific selection terms."

"The big news in the USA Freedom Act is to limit bulk collection programs," according to Georgia Institute of Technology professor Peter Swire, who served on a review commission appointed by US President Barack Obama after Snowden's disclosures.

"One (court) order would no longer authorise a bulk collection program, whether for telephone metadata or for other purposes," Swire said.

Debate on the Freedom Act has been driven by the impending June 1 expiration of portions of the Patriot Act, which backers say provides essential counter-terrorism tools.

The White House said Obama supports the Freedom Act reforms and would sign the bill into law.