US Govt CTO steps down for Silicon Valley role 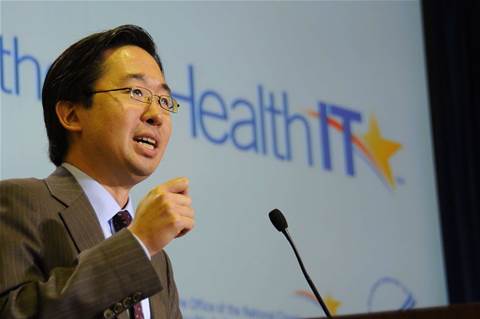 Will help recruit talent into government.

The US Government's second-ever chief technology officer Todd Park will step down from his position to move to a new job recruiting top Silicon Valley talent to government.

Park, a successful tech entrepreneur who became a top adviser to Obama and played a role in fixing the flawed Healthcare.gov website, will move to the US West Coast at the end of the month as part of a White House team, a source familiar with the situation revealed.

Park became a political target last fall as Republican lawmakers tried to assign blame for the glitch-ridden rollout of the website, the main portal to buy healthcare coverage through federal exchanges. Park was heavily involved in the effort to try to fix the bugs.

His move to California signals a growing effort by the government to try to recruit from Silicon Valley. Earlier this month, Park helped the White House lure Google engineer Mikey Dickerson to Washington to take a role bolstering the government's IT.

In his new assignment, Park will help channel ideas from the tech community. It is unclear who will replace Park.

Technology companies have taken a growing interest in the workings of Washington, in part because the revelations of former contractor Edward Snowden about government spying have affected their businesses.

In turn, the government has been trying to learn from start-up culture.

Earlier this year, it opened 18F, a digital-services agency based inside the government's general services administration. It uses open-source code and other technologies that most of the government has been slow to adopt.