US goes on offensive with new cyber security policy 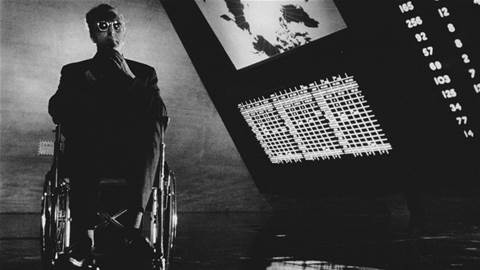 The United States armed forces have released a new cyber strategy that aims to integrate offensive options to strike back at adversaries' networks.

In the plan released last week, the US Department of Defense said the more aggressive stance could mean offensive cyber operations are conducted against foes.

The DoD believes offensive options will be a more effective deterrence against hostile cyber actions than a defensive posture, and could be used to manage escalations during conflicts with other nations.

"During heightened tensions or outright hostilities, DoD must be able to provide the President with a wide range of options for managing conflict escalation. If directed DoD should be able to use cyber operations to disrupt an adversary's command and control networks, military-related critical infrastructure, and weapons capabilities," the fourth strategic goal of the report [pdf] states.

In an earlier speech this year, detailing the development of the new cyber strategy, Secretary of the DoD Ash Carter, promised more transparency around the cyber missions.

Carter also said his department would operate under rules of engagement that comply with international and domestic laws.

By 2018 the US military wants to have 133 cyber mission teams ready. Rolled into the Cyber Mission Force (CMF), the teams will be tasked with defending the DoD networks, US national interest and infrastructure, and to support the country's armed forces in conflicts.

The capacity of the CMF will be assessed by the US Cyber Command, which leads the country's digital warfare capabilities.

As part of the implementation of the new cyber strategy, the report recommends maintaining a persistent training environment for staff, along with viable career paths. This includes recruiting civilian personnel as well as drawing on the US National Guard and the Reserves of the armed forces.

Technology and know-how exchange programs with the private sector are to be developed and implemented by the DoD, which will also roll out policies to support the US National Initiative for Cybersecurity Education scheme in educational institutions.