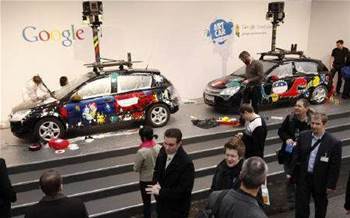 US regulators looking at Google's data grab by "Street View" cars have decided to end their inquiry, noting improvements that the search company has made to build consumer privacy into its corporate structure.

The Federal Trade Commission said in a letter to Google dated on Wednesday that it was ending its probe with no penalties.

The agency noted that Google had recently announced that it was appointing a director of privacy for engineering and product management, training key employees on privacy and building a formal privacy review into the early phases of new initiatives.

But Google assured the FTC that it had not used and would not use the collected data in any product, the letter said.

"Because of these commitments, we are ending our inquiry into this matter at this time," wrote David Vladek, director of the FTC's Bureau of Consumer Protection.

Google acknowledged last Friday that its Street View cars around the world had inadvertently collected more personal data than previously disclosed, including complete emails and passwords.

Colin Gillis of BGC Partners said the FTC decision was nothing more than "one less hassle."

"I would say one less issue, but the issues seem to be growing," he said, noting the increased scrutiny that Google is receiving as it tries to make acquisitions.

Google has also been accused of manipulating search results to the detriment of rivals, which Gillis called "something to watch."

"I think the broader point is that Google with its position in our lives is going to continue to be a target and also under scrutiny (by regulators)," said Gillis.

"As we've said before and as we've assured the FTC, we did not want and have never used the payload data in any of our products or services," added a Google spokesperson in an email statement.

Regulators in Britain, France, Germany, Italy and Spain, among others, have opened investigations into the matter.

The announcement comes just days after Canada's privacy watchdog said Google had collected complete emails and accused Google of violating the rights of thousands of Canadians.

Connecticut Attorney General Richard Blumenthal, who leads a coalition of more than 30 states, said in a statement on Friday that Google's disclosure about the types of data it collected "validates and heightens our significant concerns."

He noted then that the investigation was continuing.

Google disclosed in May that its Street View cars, which are well known for crisscrossing the globe and taking panoramic pictures of city streets, collected data from unsecured wireless networks used by residents in more than 30 countries.

Google apparently had planned to only collect a limited type of WiFi data relating to the WiFi network's name and router numbers.

Google has said that its Street View cars no longer collect any type of wireless information.

Joseph Turow, who teaches at the University of Pennsylvania's Annenberg School for Communication, said the data collection showed that someone else could scrape up the same information for malicious reasons.

"I think that this will be seen as another one of the steps along the way that expose that the tenuousness of security," he said.

"I never thought that this was anything more than Google screwing up but the implications are pretty heavy."