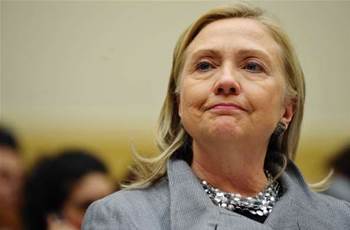 The US Department of State has rolled out the Chrome browser to 60 percent of its 100,000-plus desktop fleet in a bid to end staff gripes at being shackled to the ageing Internet Explorer 6.

In conjunction with the Chrome deployment, the department also plans to roll out IE8 as an interim browser before it deploys IE10 by February next year, skipping IE9 altogether.

The new browsers may solve some of the problems staff face accessing modern websites, like YouTube and Facebook, both which ended support for IE6 on some features last year.

However, similar to the problems faced by thousands of large organisations seeking to move off IE6, Chrome will likely present problems for internal applications.

“[Chrome] may not work with all the department internet sites or applications,” US Secretary of State Hillary Clinton told a recent 'Town Hall' meeting of department officials.

“But we believe [Chrome] will greatly improve the performance and accessibility with external sites.

“IE8 has been tested with department enterprise applications and it’s precisely this quality control testing of applications that delays the deployment of newer versions of Explorer.”

IE6 rage has been brewing in the department for some has years.

In 2009 staff begged for the department to introduce Firefox, State Department under secretary Pat Kennedy shot down that option due to the “expense” of supporting the browser.

The introduction of Chrome does not mean the end of IE6.

Chrome is intended to be “an optional browser”, suggesting the department is implementing a two browser migration solution until it eventually introduces IE10, the browser set to come with Windows 8.

The department is just one of thousands of enterprise organisations that have struggled to navigate away from IE6, which Microsoft will end support for along with Windows XP on April, 2014.

Eric Pickles, Britain’s Communities and Local Government (CLG) secretary of state flagged in 2010 his department was mooting the idea to ditch IE6 for IE8, but there were objections on the basis that the cost of deploying IE8 would be complex, costly and would outweigh the benefits of remaining on IE6.