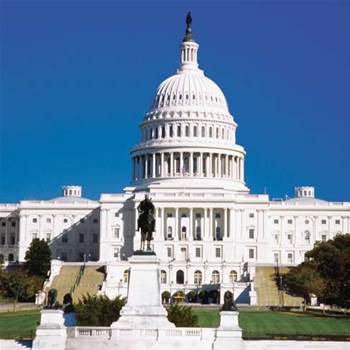 The US Government has issued its strongest and most public opposition yet to a contentious plan to revise the international treaty underpinning global telecommunications regulation.

The provisions, to be voted on in Dubai this December, would require global governments acceding to the treaty to comply with the proposals. The Australian Government has indicated initial support for the proposals.

However, in a "concurrent resolution" passed by both the US Senate and House of Representatives on Thursday — at 414 votes to none — the Government called for US negotiators participating in upcoming talks to oppose any revisions to the treaty that could threaten the internet's non-centralised governance model.

Negotiators, led by the US assistant secretary of commerce for communications and information, would be required to push the country's "consistent and unequivocal policy" of promoting a "global internet free from government control and preserve and advance the successful multi-stakeholder model that governs the Internet today".

The bill, proposed by Republican congresswoman Mary Bono Mack in May and resolved this week, appears to be the strongest global opposition yet to the treaty revision, which has occurred thus far behind closed doors, despite vocal criticism.

Bono Mack described her bill as a "first-of-its-kind referendum on the future of the internet".

"Most worrisome to me are efforts by some countries to provide the United Nations with extraordinary new authority over management of the internet," she said in a statement.

"Today's unanimous vote sends a clear and unmistakable message: the American people want to keep the internet free from government control and prevent Russia, China and other nations from succeeding in giving the UN unprecedented power over web content and infrastructure. We cannot let this happen."

Though no documents relating to the proposals have been officially released by the ITU, claims of closed-door negotiations between countries on the revised treaty have led to a concerted effort by the US chapter of the Internet Society, along with founder and ordained "father of the internet" Vint Cerf, to rally against the treaty.

Cerf publicly supported the US Congress passing the bill on Thursday as recognising the internet's "critical role in growing the global economy, its unique status as a platform for innovation, and the success of multi-stakeholder model that lies at the heart of its governance".

"In the lead-up to the December conference, the future of the internet is at stake, and I hope that other countries will adopt publicly similar positions," he urged.

While Bono Mack and Cerf have both positioned the move as an attempt to secure basic internet freedom, the motivation behind the ITR provisions themselves have been widely attributed to an attempt by some countries to wrest control away from the US Government and minimise the potential effect US-based legislation such as SOPA and PIPA could have on worldwide networks.

The ITU has continued to describe access to the internet as a basic human right, but some have claimed the revised treaty could lead to the restructuring of global domain name regulator ICANN and cement government-level regulation and control over the internet.

Bono Mack, Cerf, and others in the US have also attributed the provisions as a proxy for the Russian and Chinese governments to gain better control over internet infrastructure.

Cerf has previously said the negotiations were an extension of a UN cyber-security code of conduct proposed by China and Russia that would see the internet bodies underpinning the internet — such as domain registrar ICANN — become subject to the whim of UN members with "one vote" each.

But academics have dismissed these attributions as having little to do with the latest treaty negotiations.

The ITU has since made a final draft of the ITR proposal publicly accessible in an attempt to quell criticisms of secrecy.

Geoff Huston, chief scientist for the Asia-Pacific internet registry and a key vocal on the issue, said the US Government's move was a "clear signal" of polar differences in international opinion on the proposed changes.

However, he said global acceptance of any significant changes to the international regulations were unlikely to be resolved in December and could take several more years.

"The proposal to abolish the leap second has been in the agenda of the ITU-R for seven years now and each time they schedule this topic at a conference to 'resolve' the matter, it simply does not get resolved," he said.

"Perhaps the ITR negotiations are heading in the same direction.

"It certainly seems that the difference between various national positions at this point in time appear to encompass irreconcilable opposites, and it's not a case where simple wordsmithing is going to produce a commonly accepted form of regulatory measures that will allow all treaty signatory national sovereign entities to sign up to.

"Perhaps there are deeper issues at play here and ITRs alone with their scope of governmental regulation are not necessarily the entirety of an acceptable response to the changing communications environment."