US commits to boost in DARPA tech research funding 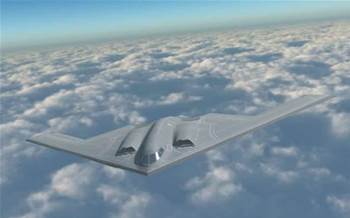 US Defense Secretary Ash Carter has committed to aggressive increases in spending on research into advanced next-generation weapons.

“Whether it's robotics, data science, cyber defence, biotech, hypersonic engines that can fly over five times the speed of sound, [the Defense Advanced Research Projects Agency] DARPA's work is going to be critical to our future,” Carter said.

The spending commitment was made during the keynote speech of a defence conference organised by DARPA.

Carter argued the investments will be necessary given rapid technology developments by China and Russia that have eroded the US military's competitive edge.

Similar concerns have already led to funding increases for areas such as space and cybersecurity in the fiscal 2016 budget, with further increases likely next year.

“Nations like Russia and China are modernising their militaries to try to close the gap and erode our superiority in air, land, sea, space and cyberspace,” Carter said.

“At the same time, our reliance on things like satellites and the Internet has led to real vulnerabilities that our adversaries are eager to exploit.”

Carter, who has visited Silicon Valley twice since taking office in February, said DARPA would work with industry and universities to accelerate innovation.

“Our strength also comes from the longstanding link between the technology community and the government, and that's why I've made building and rebuilding the bridges between us one of my core goals,” Carter said.

“We're making ourselves more open… to work with startups, commercial companies and small businesses in a way that is compatible with their business practices.”